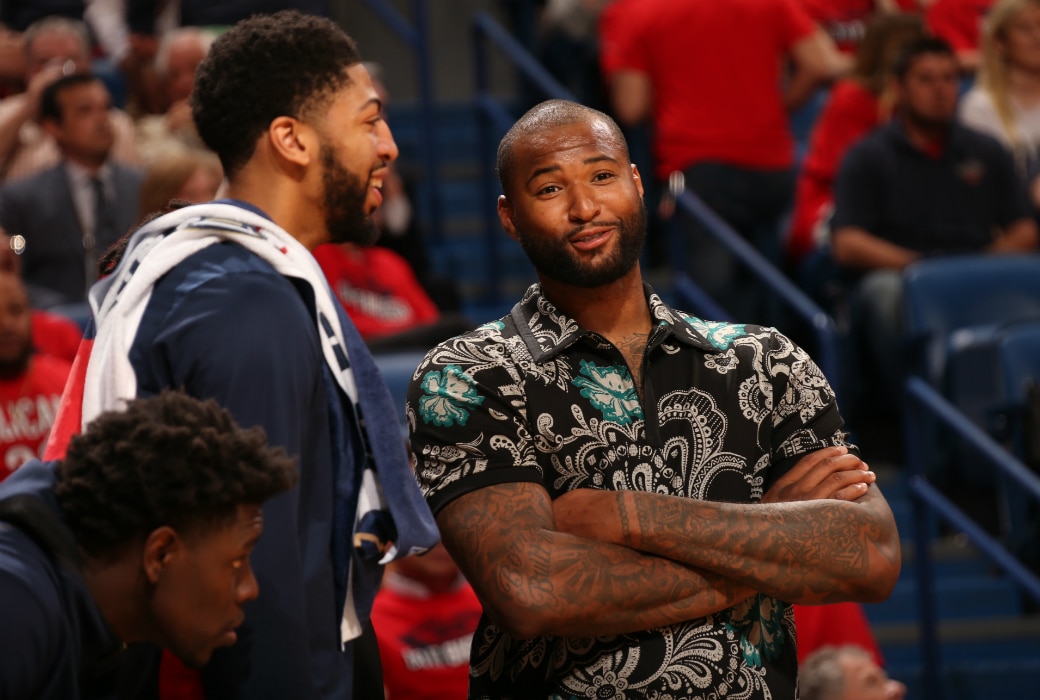 DeMarcus Cousins just fled the Pelicans in favor of the Warriors this summer, but Anthony Davis is still holding out hope that a Boogie return may be in the books.

“He will be a free agent next year. Hopefully, down the line we can reconnect,” Davis told The Undefeated’s Marc Spears.

There are, however, some obstacles to a New Orleans return for Boogie. The Pelicans would probably have to lose Nikola Mirotic and Julius Randle to create enough cap space, according to ESPN’s Bobby Marks. Also, per Spears, Cousins and Pelicans general manager Dell Demps’ relationship needs mending.

Another issue is that Cousins and Pelicans general manager Dell Demps have a relationship in need of repair and have not spoken since Cousins’ departure, sources said.

“My [question] for Dell is, why won’t he take questions from the media about the conversation we had on the second day of free agency?” Cousins told The Undefeated.

Cousins, an unrestricted free agent this summer, has averaged 21.5 points and 11 rebounds throughout his career.

RELATED:
Pelicans Wouldn’t Trade Anthony Davis for Anyone – ‘Even Beyonce’