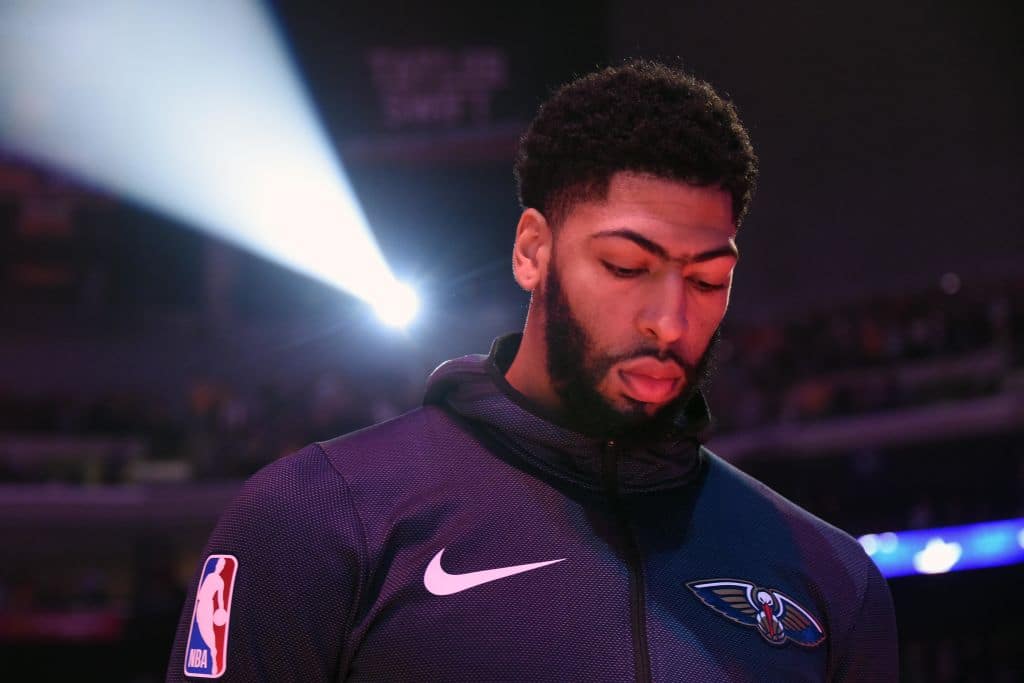 Anthony Davis says money will not be a factor as he figures out what his basketball future holds.

Davis, who reportedly had dinner Friday night in Los Angeles with LeBron James following the Lakers’ 112-104 win against New Orleans, will be eligible for a five-year, $239 million supermax extension this summer from the Pelicans.

Despite the growing speculation, AD continues to insist that he’s completely focused on the Pels.

“I’d take legacy over money,” Davis told Yahoo Sports after posting game highs of 30 points and 20 rebounds to go with five assists in Friday’s loss. “I want to have a legacy. All my people that look up to me, the younger kids, I want them to know about AD’s legacy. Championships, the things I do in the community, being a good teammate, playing hard. All that stuff matters the most to me. Don’t get me wrong, money is amazing. But I think in that sense, money or legacy, I think my legacy will win that battle every time.”

When his name was called during starting-lineup introductions at the Staples Center, he received a rousing ovation.

“It’s cool to have fans everywhere you go,” Davis said, “but my job is about the Pelicans right now.”

Rich Paul, CEO of Klutch Sports, is known to go against conventional wisdom when it comes to contract negotiations.

If Davis were to decline the [Designated Player Veteran Extension], sources said he would likely decline the $28.7 million player option for the 2020-21 season and hit unrestricted free-agency in 2020. This would ultimately force the Pelicans to seriously consider trading their cornerstone in order to receive some form of value in return.

Related
‘We’re Not Trading Him’: Pelicans Vow to Hang on to Anthony Davis