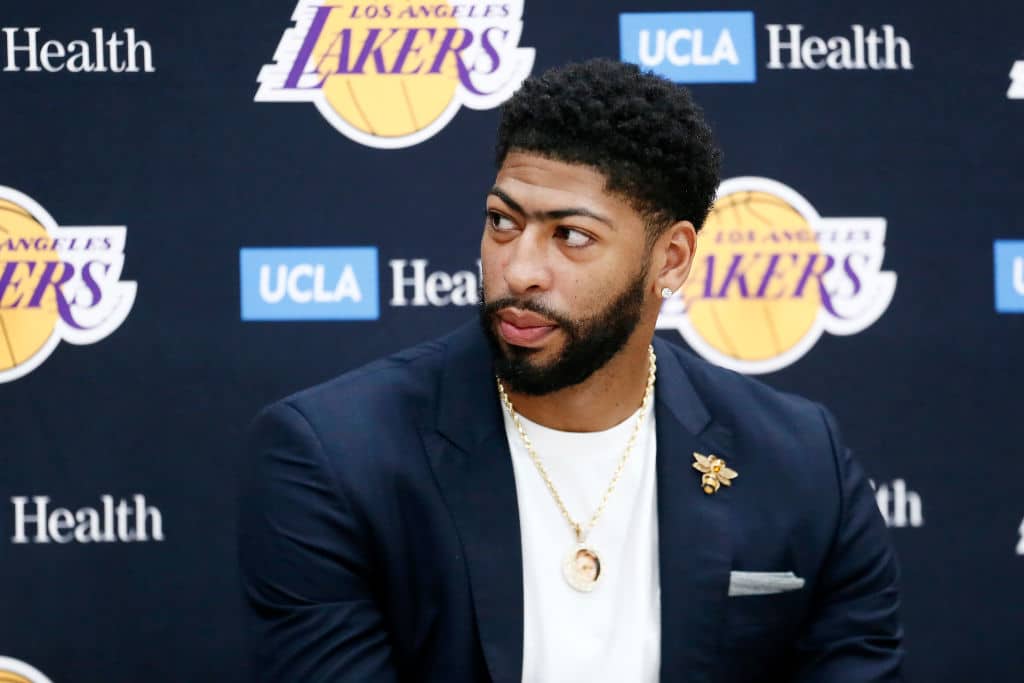 The Lakers aren’t concerning themselves too much with beating the Clippers in the sure-to-be-epic Battle of L.A. next season, according to Anthony Davis.

The Purple and Gold are strictly focused on winning an NBA championship, says Davis.

AD believes he and teammate LeBron James “have a very good chance of doing something special.”

Thanks to the acquisition of Davis and other roster moves, the Lakers — who lost more games than they won last season and failed to make the playoffs — are suddenly one of the favorites to contend for an NBA title. Curiously, the odds-on favorite for the trophy plays in the same arena — the Los Angeles Clippers, who will pair All-Stars Kawhi Leonard and Paul George.

Davis is careful with his words when asked about the rivalry transfixing fans in L.A. “I’m not sure what the Clippers are thinking,” he says. “But I know what the Lakers are thinking — and that’s to play basketball. Obviously, they have a great team, but we know that for us it’s going to be bigger than a rivalry. You know, winning a rivalry game doesn’t win the championship. So for us the goal is to win a championship this year.”

Asked whether the team has explicitly discussed that goal — to win a title this year — Davis laughs out loud. “We haven’t talked about it yet, but I don’t think it needs to be said,” he says. “I think that any time that you’re on, your goal is always to win a championship. If it’s not, I don’t understand why you’re playing.”