Anthony Davis Says He ‘Always Looked Up’ to LeBron James 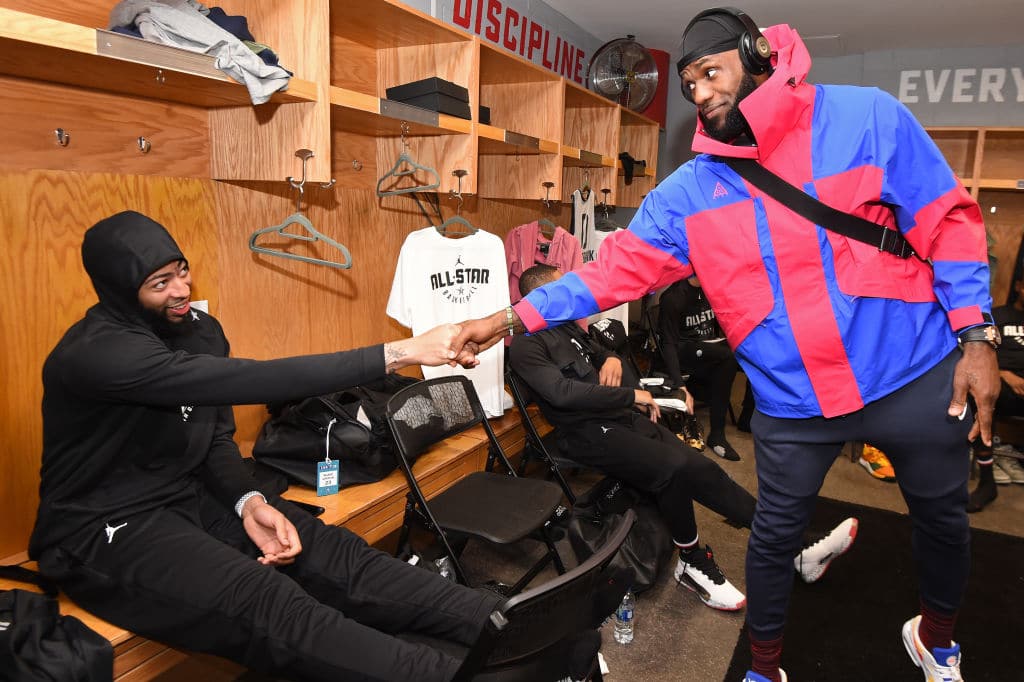 Anthony Davis, in his first public comments since being traded to the Lakers, says LeBron James is someone has “always looked up to.”

Davis, 26, adds that the city of Los Angeles is an ideal fit for him.

The six-time NBA All-Star is motivated to make up for a disappointing 2018-19 season, and establish his legacy among the greatest Lakers of all time.

“The weather is amazing. The city fits me,” Davis told The Times in his first interview since being traded. “It’s more slow motion, and that’s kind of how I am. … I live out here in the summers. L.A. is one of my favorite cities. I love to live here. ”

Davis said he wouldn’t talk about the specifics of his trade from the New Orleans Pelicans until the transaction was complete and approved by the NBA, but he laughed when asked about James’ Instagram post of the two of them wearing Lakers uniforms after news of the deal broke on June 15.

“It was cool,” Davis said. “I always looked up to him. As a kid, [James] and Michael Jordan were the two guys I [admired]. I didn’t get a chance to watch Michael Jordan live, but I watched LeBron a lot after he entered the league and he was the guy that I looked up to.”

Davis agreed to waive a $4-million trade bonus in order for the Lakers to have the salary cap room to sign another star to a maximum contract.

“Money comes and goes; your legacy is forever,” Davis said. “I think how you establish yourself in the NBA and what you do on and off the court is something that people will remember forever. Obviously, our money is public and people know what we make, but at the end of the day no one cares about how much money you make. Anthony Davis is not going to be a great basketball player because of the amount of money he makes, it’s going to be about what he achieved on the court and also off the court. That’s all part of my legacy, and I think that’s way more valuable than any monetary value.”