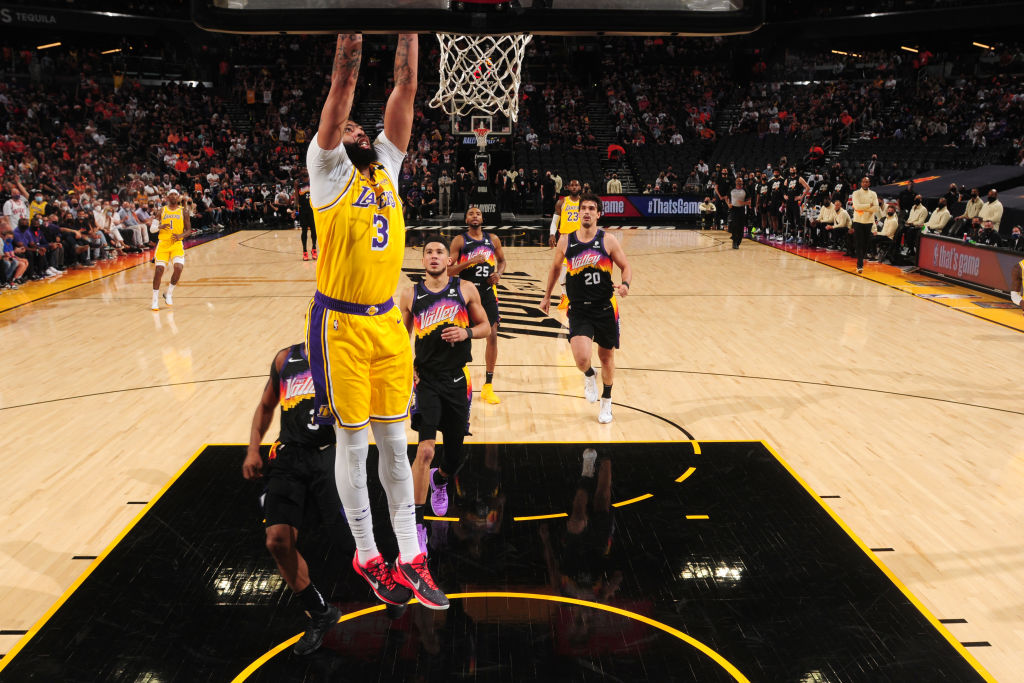 Lakers fans are well adjusted to Anthony Davis’ turnaround performances. However, last night’s outing was more than encouraging for Los Angeles, as they evened up their first-round series against the Phoenix Suns with a 109-102 victory in Game 2.

After what he described as a “terrible” performance in their Game 1 loss to the Suns, Davis hauled the Lakers to a Game 2 win with 34 points, 10 rebounds and seven assists. Taking full accountability for his shortcomings in Game 1, the eight-time All-Star clearly used them to fuel his fire in the next contest.

“There’s no way we’re winning a game, let alone a series, with me playing the way that I played. So, I mean, this one is on me. I take full responsibility for sure,” Davis said after Game 1 on Sunday.

The Lakers center was far from himself in their Game 1 loss, posting just 13 points while shooting 5-16 (31.3 percent) from the field.

Game 1 saw Davis take just five throws. His aggression on the court skyrocketed in Game 2, getting to the line 21 times; his most free-throw attempts since a 40-point, 20-rebound performance in Oct. 2019.

The Purple and Gold hope Davis can continue flipping the script for their team when they play Game 3 at the Staples Center on Thursday, with a chance to take a 2-1 lead over a formidable Phoenix squad.