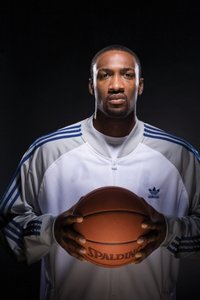 During the last year, Gilbert Arenas has had something of a media freeze-out (media which, incidentally, includes himself), but with training camp approaching, he’s beginning to open up to the world again. And with that, of course, comes candid comments.

He’s still goofy, and cocky as all hell – “Nobody could guard me before, and can’t nobody guard me now” – and Arenas remains brutally honest about his feelings.

Case in point, the blame for his setbacks during the last two seasons.

From the Washington Times:

“If you have a kid that loves basketball, that eats, sleeps, drinks and thinks basketball and all he knows is basketball and he gets hurt and he’s your franchise player, you need to hold him back from himself,” Arenas said.

“If I’m saying I feel good and you know it’s supposed to take six months, instead of letting me at four months run … they should have held me back. Rather than saying, ‘Let’s let this guy do what he wants and use him to sell tickets’ – sometimes you have to protect players from themselves. I don’t feel like I got that type of protection. But, I don’t judge them for that. Some things just happen. I told them I felt OK because I wanted to play, and they did what they did.”

Not to pick sides here, but it does seem like a double-edge sword of sorts: Hindsight being 20/20, if the team had held him back, Arenas could’ve very easily grown resentful and made things very uncomfortable for everyone. You can’t have it both ways, Gil.

Whatever the case, Wizards fans have to be feeling a sense of hope; a feeling they have grown unaccustomed to the last two years.