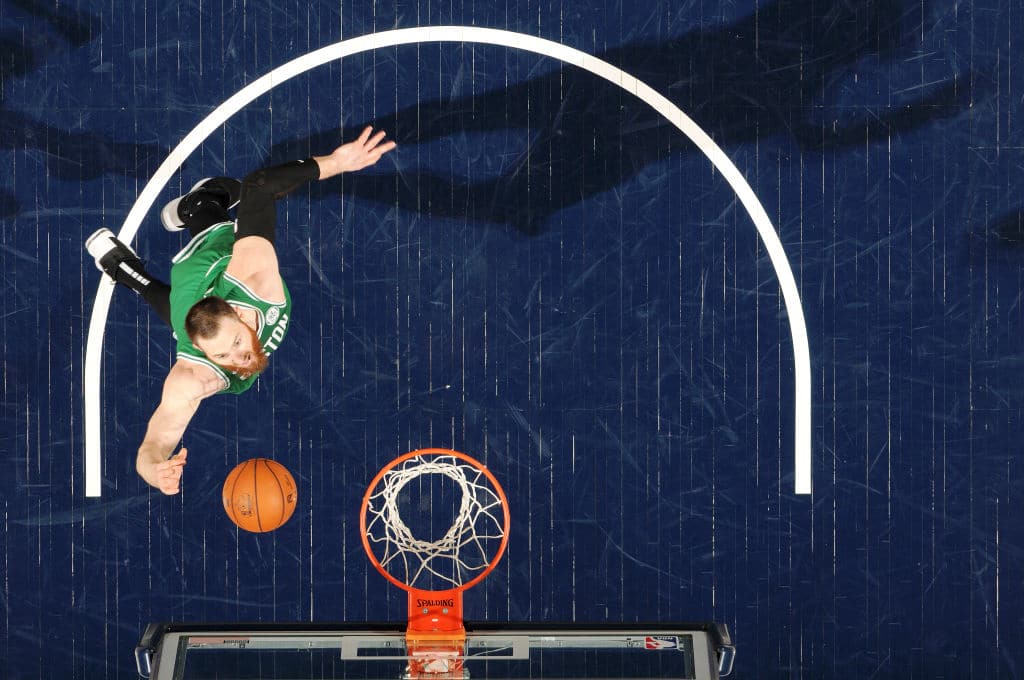 Celtics big man Aron Baynes has exercised his 2019-20 player option worth $5.4 million, Shams Charania of The Athletic writes. The 32-year-old center will return for a third season with the franchise.

While Baynes will welcome the chance to play a pivotal role in Brad Stevens’ rotation again next season, the franchise should be pleased to see him back on hand as well. Baynes plays just over 16 productive minutes per game and comes with an affordable price tag.

The Baynes decision comes just hours after it was revealed that Kyrie Irving would be formally turning down his own 2019-20 player option. Inclusive of Baynes’ deal, Boston’s payroll now sits north of $70 million for next season.

That will jump for several reasons, the most substantially being if Al Horford follows suit and opts in to his own $30 million option.