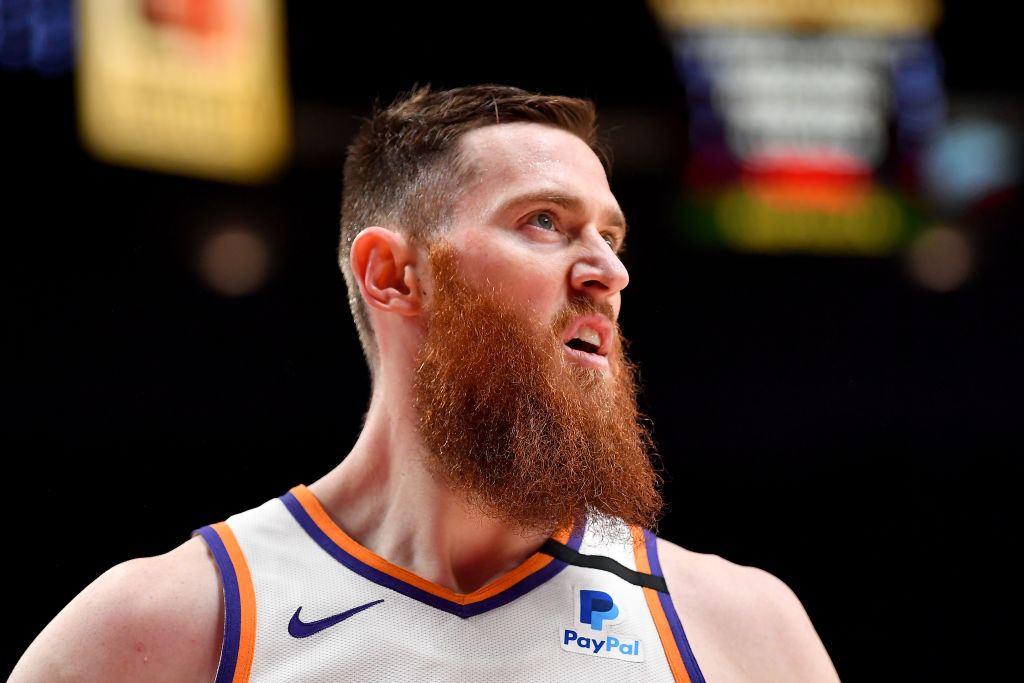 Phoenix Suns big man Aron Baynes has tested positive for the coronavirus and is currently going through league protocols awaiting for clearance to join his team in the bubble. Baynes opened up about the diagnosis with The Athletic’s Shams Charania.

Baynes has been sidelined for over a month with COVID-19 and hasn’t touched a basketball in over 30 days. He hasn’t officially opted to forego the final eight regular season games but with those set to tip off in just over a week, that may soon be an option.

The Suns have a long road ahead of them before they clinch a playoff spot in the Western Conference but its mathematically possible and they were included in the Orlando games to have a shot at it.

Much of the team’s regular season success can be attributed to Baynes, who’s had a career year in his Age 33 season. Baynes averaged 11.5 points and 5.6 rebounds per game in just over 22 minutes of action.

The pending unrestricted free agent also shot .351 and should draw considerable interest from teams in the offseason provided he’s able to make a full recovery from the illness.

Baynes told Charania that the virus put him “on his butt” for a week, including a stretch where he slept for nearly four days.