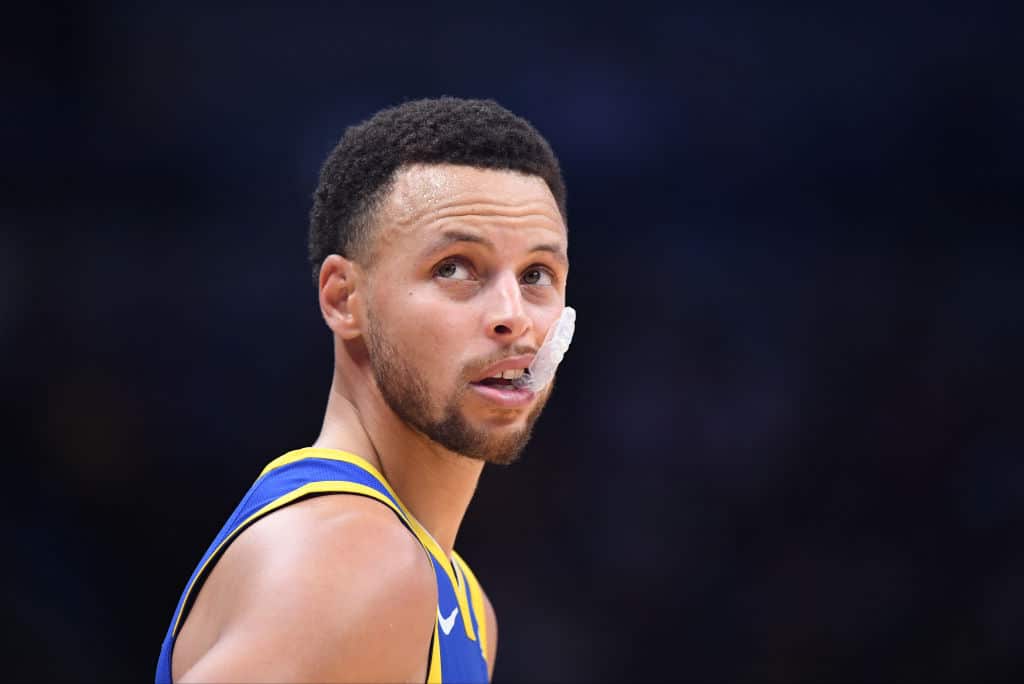 Andre Iguodala doubts that teammate Stephen Curry will be walking away with his third MVP anytime soon, this despite playing otherworldly basketball to start the season.

Iguodala says the NBA and the media that covers it—and votes on its awards—have an anti-Warriors bent.

“Ask the NBA, man,” Iguodala said. “It don’t matter. They say we’re bad for the NBA … I hope Steph wins every award he possibly can. He’s the best point guard in the league. But he ain’t going to get it because they say we’re too good. It is what it is.”

Kevin Durant, who won the award in 2013-14, thinks Steph can “change that narrative” with his sustained, spectacular play for Golden State:

“Yeah, I think so, if you’re just looking at what’s happening on the basketball court,” said Durant. “Obviously, narratives play a big part. I think the MVP nowadays is the up-and-coming star in the NBA award.

“But it’s got to take somebody to do something like this [Wednesday night] to kind of break through and change that narrative. Players that have been in the league for a while, that have won a couple of MVPs, I’m sure the voters tend to overlook them — not maliciously, but just the fact that they’re looking for the next player.

“You’ve got to wake ’em up with games like that. Steph definitely did that tonight.”

Related
‘That Was Sick’: Stephen Curry Erupts for 51 Points in Three Quarters