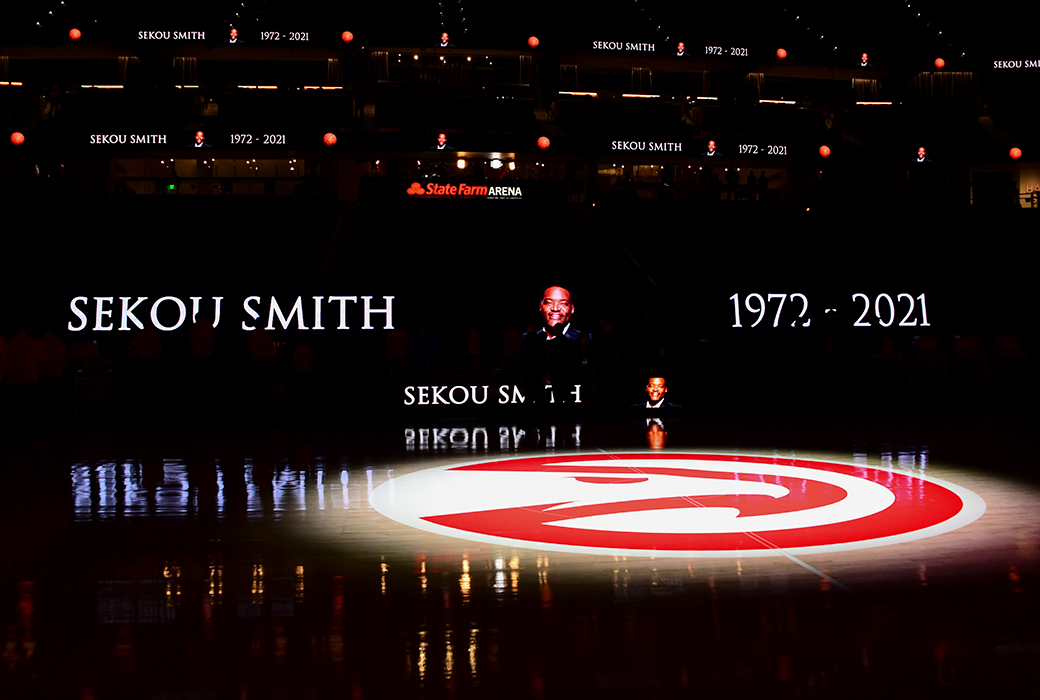 The Atlanta Hawks will honor the memory of former team beat writer and NBATV analyst Sekou Smith on a more permanent basis, the team announced recently.

According to NBA.com, starting with the 2021-22 NBA season, the press room at the Hawks’ State Farm Arena will be renamed the Sekou Smith Press Room. The space will also be redesigned to honor Smith’s memory.

Last week, John Collins was announced as the winner of the Inaugural Sekou Smith Award.

The Hawks are also establishing an annual summer league internship in Smith’s name. A journalism or multimedia student from a Southwestern Athletic Conference school will be chosen to become the Hawks’ beat writer for the NBA Summer League, and their work will appear on the team’s website. The Hawks will cover all associated travel costs and provide a stipend to the chosen student. Smith’s alma mater, Jackson State University, is part of the Southwestern Athletic Conference, as are numerous other historically Black colleges and universities.

Sekou Smith passed away on January 26 at the age of 48 due to complications from COVID-19.