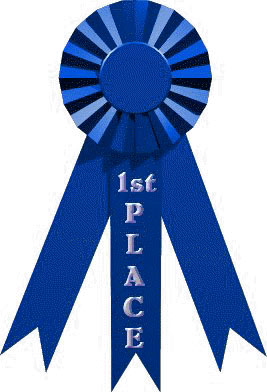 So far, this 2006-2007 season has been one of the strangest in League history: To kick things off, the Sternbot and his lieutenants introduced a new basketball for reasons no one has yet to fully explain or understand; great teams like Dallas and Phoenix began with some of the worst records in the Association; Kobe took nearly a month to have his first 40+ point game (and, gasp!, is actually trusting his teammates); Ron Ron has been eerily quiet; Eddy Curry has played like an All-Star (happy, Lang?); Orlando is the best team in the East; the Utah Jazz were the best team overall for a while; and Lebron—despite the usual gaudy numbers—has looked disinterested, almost bored.

Of course, some things have remained the same: The Eastern Conference—in a trend that began at the turn of the century—has continued to produce some of the most gawd awful basketball known to man; Allen Iverson is on the trading block again; Shaq is on his annual two month vacation; the Spurs remain as robotically efficient as their leader; the Suns are running everyone out of the gym; the Knicks remain the Knicks; McGrady’s back has him in street clothes again; Kidd is still Mr. Triple Double; and Gilbert is keeping everyone entertained.

To sort everything out, and to determine who deserves praise and who deserves to be scorned, I decided to hand out some awards. After all, why wait until the end of the season to hand them out? Below are one man’s awards for categories that might not make the NBA’s official award list, but probably should…

Best Dunk: There are many candidates here, from Kwame’s dunk on Nocioni, Dwight’s nightly assaults on the rim, Monta Ellis hurting a few people’s feelings, Gerald Green’s continued defiance of gravity, and Marvin Williams serving notice that there’s more than one high-flyer in Atlanta. And don’t think I forgot about King James crowning Duncan on national television. However, it would be foolish to give this award to anyone other than the Kings’ Ronnie Price. What he did to Carlos Boozer (preseason, or not) was simply disgusting. Just watch the clip.

Best Play: Again, there are many to choose from in this category. How can you decide between Nate Robinson’s block on Yao Ming, Nate’s filthy cross on Jose Calderon (which left the Raptor seated on the floor), Wade’s putback dunk off his own missed floater, a slew of game winners (Posey’s heave; Delonte and Pierce keeping their coach gainfully employed with last-second miracles), and any of Nash’s blind passes to wide open teammates? The winner, however, is Kobe. And it’s not just one play, but the eleven straight shots he hit against Utah in an electric performance that reminded the rest of the League that he’s still the biggest problem.

Most Uplifting Storyline: Everyone seems to be on the rebound this season. In Disneyland, Grant Hill’s ankles are holding up, and if he stays healthy, the Magic will give a lot of people headaches come playoff time. As nice as Grant’s story is, I’m going to have to split the vote between two other players that are just a tad more deserving. Amare’s rise from the ashes and Baron Davis’ loud return to illness. Both guys are two of the most likeable in the Association (not to mention, the most gifted), and their unexpected return to glory has brought a smile to just about everyone who loves this game. Of course, if Iverson gets traded to Minnesota, this award will have to be re-evaluated.

(Speaking of uplifting, TNT had some great stuff from New Orleans last night, showing how the region is slowly getting back on its feet, but driving home the point that a lot more needs to be done to aid in the recovery.)

(Random You Tube recommendation: I implore you to check out this guy’s entire collection of mixes; in my humble opinion, he’s one of the very best mix-makers on the net. One of the best things he ever created is this. Now, tell me Sternbot, how you gonna try and shut that down?!)

MVP: Impossible to pick at this point, but the short list looks like this: Kobe, Nash, Dirk, Duncan, ‘Melo, Dwight, and Boozer.

ROY: This year’s rookie class has been absolutely underwhelming. Adam Morrison is the leader in rookie scoring so far, so I’ll give him the award, I guess.

Biggest Surprise: Kobe is taking nearly ten less shots a game this year, and the Lakers are a vastly improved team. The Utah Jazz look positively frightening, and Deron Williams is threatening to unseat Chris Paul as the best young point god in the L. Isiah is actually doing OK. I know Gasol’s been on the shelf, but who could’ve foreseen the Grizz being 5-17 at this point? Even though he shined brightest in the World Championships, did anyone really think ‘Melo would be averaging 30 and making it look so effortless? For my money though, the two biggest surprises have been Kevin Martin and J.R. Smith. After all, it’s not everyday that two guys double their scoring averages without any warning whatsoever.

Biggest Disappointment: Aside from Jigga’s album, it has to be the Atlantic Division. Yeah, I know the Eastern Conference’s plight has been beaten into the ground, but this is fact: No one in the Atlantic Division has a winning record. Is that even possible? Unless I read the standings every day, I wouldn’t believe it. It may be early, and things will probably improve as the season progresses, but this remains an unmitigated disaster for the time being.

Pretenders: The Lakers have yet to prove they can win on the road, therefore, I refuse to put too much stock into their record. I must wonder though, is Kobe going to allow them to lose in the first round twice? Houston’s record also rings hollow with a gimpy T-Mac. And as much as I’m enjoying Orlando (and Dwight Howard) this season, I just can’t bring myself to take them seriously. This applies to Denver as well.

Contenders: As bad as the East’s been, the playoffs in that conference should still offer plenty of intrigue. Lebron might get another crack at the Pistons, and he might even face off with Wade in a duel for the ages. Of course, the real drama will be out West. What’s going to happen when the Mavs and Suns meet this time around, is anyone willing to sleep on the Spurs, and most importantly, should a team from the West even bother showing up for the Finals if Wade and his merry refs make it back?

Defining Moment: If you had to describe the first month and a half to someone who hadn’t been watching the NBA at all, which moment would you choose? In my mind, there’s no better way to encapsulate one of the strangest starts to the NBA year in history than Vince Carter’s buzzer beater against the Wizards in Washington. You know the one that just died on the rim before falling through, shocking everyone in the arena. Even Marv Albert who was calling the game seemed a bit stunned; and he’s seen EVERYTHING! That shot captured the confusion and downright weirdness of the early part of the year better than anything else.

In two weeks, everything should start getting back to normal. The old ball will be back; Shaq should be getting closer to returning from his vacation; and the contenders will start distancing themselves from the pretenders. Of course, there could be a seismic shift in the NBA universe depending on where Iverson ends up, so things might not necessarily be getting back to “normal”. And you know what, that’s fine by me, I’m getting used to it.