‘That Would Be Awesome’: Warriors Hope to Land Five Players on Team USA 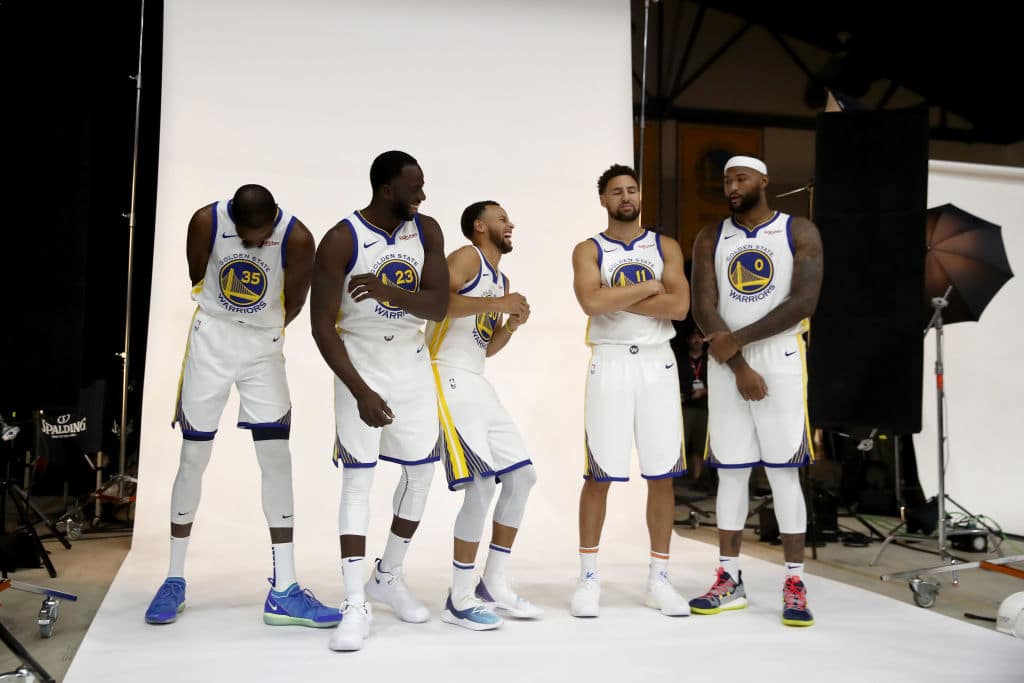 The Golden State Warriors are aiming to become the first team in NBA history with five players on Team USA.

“It gets me excited just thinking about it,” says Klay Thompson about the possibility of going for Gold at the 2020 Summer Olympics in Tokyo alongside Stephen Curry, Draymond Green, Kevin Durant and DeMarcus Cousins.

Steve Kerr is going to be an assistant for Team USA in the 2020 Olympics. Can the Warriors land five All-Stars on that team? They hope so. https://t.co/FyeAyyCxHO

USA Basketball managing director Jerry Colangelo says that all five players have made known their interest in playing for Team USA and will be considered as the team starts to come together over the next few months.

“I hadn’t thought about it, to be honest,” Curry said of the possibility of having five Warriors starting for Team USA. “I’m worried about these nine months that we got till June. Obviously, if that’s the way it shapes out, that would be amazing. But a lot of time between now and then so — USAB’s done a great job of putting together the right talent. Obviously there’s a lot to pick from. [USAB has] the right leadership with Coach K and his staff and now coach Popovich and his staff, so that’s why I’ve been happy to be a part of that in the World Championship, World Cup situations and hopefully the Olympics in two years. We’ll see what happens.”