Back From Foot Fracture, Bol Bol To Hold Invite-Only Workout On Wednesday 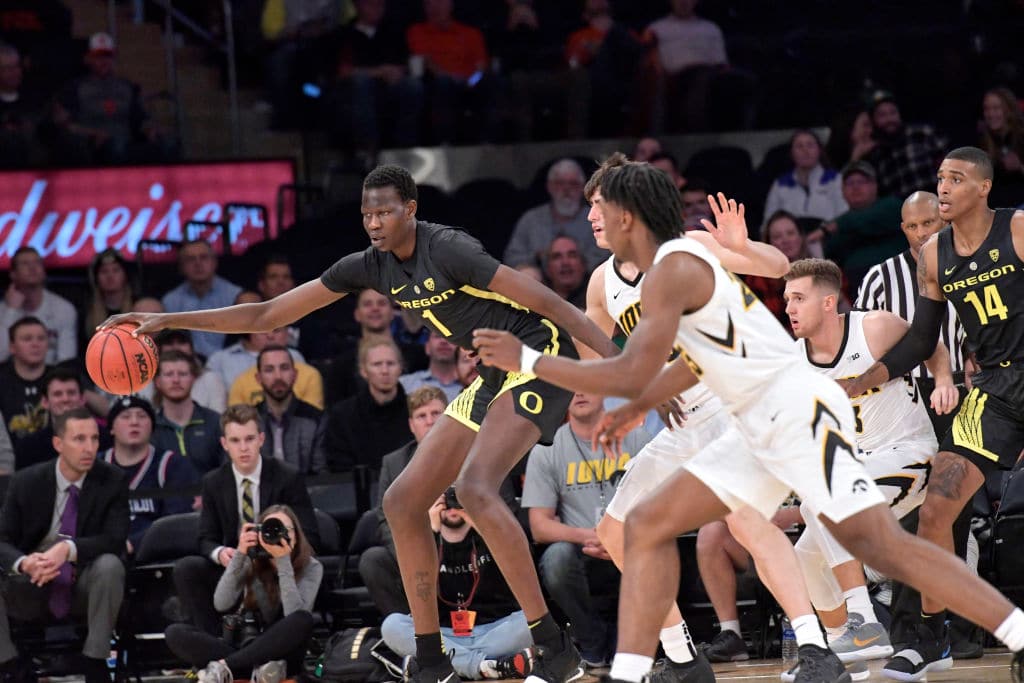 Bol has spent the past five months recovering from a foot fracture suffered during his one and only season at Oregon.

While Bol’s ceiling is intriguing, his projected landing spot in drafts has fluctuated due to concerns over his health. A solid showing this week, even if it’s just to demonstrate that he’s back in a good spot physically, could bolster his stock.

Bol lived up to the hype during his small sample size of games at Oregon last fall. He averaged 21.0 points, 9.6 rebounds , and 2.7 blocks per game in nine contests for the Pac-12 squad.

Bol has been on the NBA radar for several years now but teams would be wise to approach the center with caution given the troubling history of big men with foot injuries.

Potential bad news is that Joel Embiid missed two whole seasons prior to his NBA debut dealing with a stress fracture. Potential good news is, well… just that.

Embiid suffered a stress fracture prior to the 2014 NBA Draft and ended up missing his rookie and sophomore campaign but subsequently worked his way into the league’s elite upon returning to full health.

If Bol is in a position to show that his foot injury won’t be a black cloud hanging over the first few years of his career, his value would jump in kind.

Even if a team does decide to take a chance on the highly skilled pivot, however, there’s nothing preventing them from being incredibly cautious with his recovery early on as we’ve seen most recently with the Denver Nuggets and Michael Porter Jr.

The success of players like Embiid and Ben Simmons, who blossomed into stars after spending their first year on the sidelines, may embolden other teams positioned to be patient with young players.