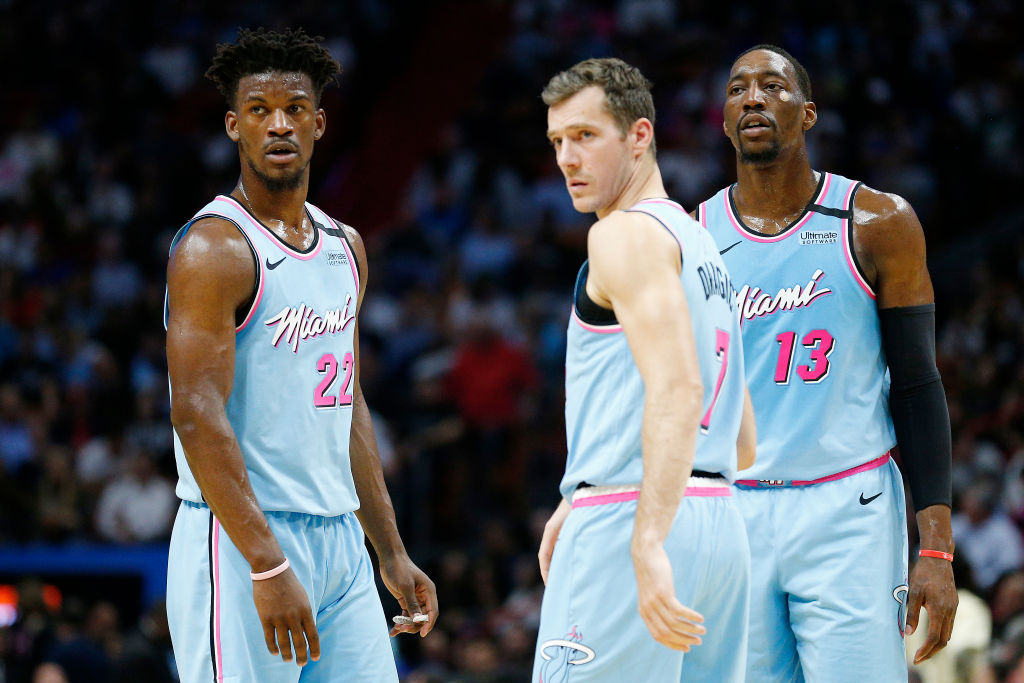 Coming into the 2020 NBA Finals, the Miami Heat were as hot as they had been all season but a trio of injuries to key players in Game 1 has triggered alarm bells for the organization.

In the first half of Wednesday’s 18-point loss, Goran Dragic, who had led the team in playoff scoring heading into the Finals, left the game with a torn plantar fascia in his left foot.

Shortly thereafter, team leader Jimmy Butler rolled his ankle, although he would go on to play over 33 minutes in the game. Later in the game, Bam Adebayo strained the left side of his neck and ultimately only played 21 minutes total.

This leaves the Heat in a tough spot. These are Miami’s three leading scorers and passers, who produced a combined 60.1 points, 21.3 rebounds and 14.1 assists per game through their first three playoff series.

According to a recent Miami Heat injury report, it appears Butler will be good to go, while Dragic and Adebayo remain doubtful.

Head coach Erik Spoelstra was asked after the game how you combat these types of obstacles in a big series like this, saying, “You have to go through your plan A, plan B, plan C.”

If these key guys aren’t able to play, or at least play at full strength, other players will have to step up.