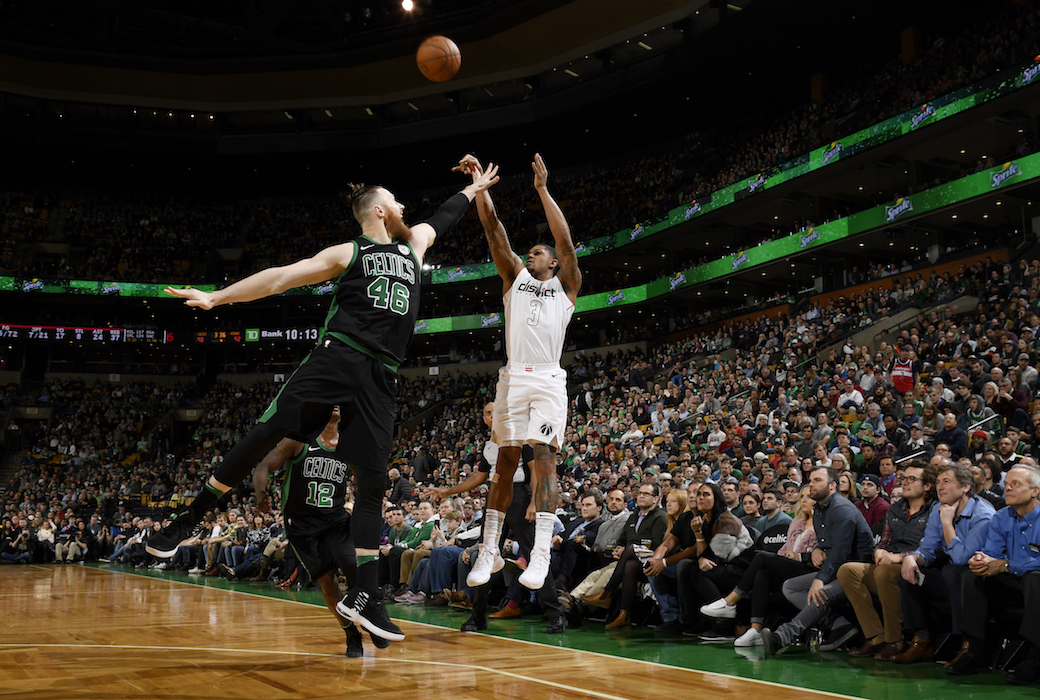 Bradley Beal scored 34 points to go with seven rebounds and nine assists as the Wizards eked out a 125-124 win in double overtime in Boston.

The game was not without its share of drama.

Beal missed a three with five seconds to go that looked like it sealed the Celtics‘ win, but the Wizards got the ball back after Boston hit it out of bounds. From there, Otto Porter Jr. found Jodie Meeks, who was wide open in the corner to tie the game.

The Wizards led for most of the first overtime and were up two with under 10 seconds to go, needing just one stop to win the game. Then, Jayson Tatum found an opening.

TATUM TIES IT TO SEND IT TO DOUBLE OT pic.twitter.com/bl5DAXainv

Tatum missed what would have been the game-winning free throw, sending it to the second overtime, where the Wizards held on.

Al Horford, Jaylen Brown, and Kyrie Irving all sat out with injuries, yet still, the Celtics had a chance to win the game. The Wizards committed 19 turnovers, but it was Beal who played 47 minutes, shot 14-27 from the field, and helped Washington earn the win.

HIGHLIGHTS: @RealDealBeal23​ led us with 34 points, 7 rebounds, and 9 assists tonight in our double OT win in Boston!#WizCeltics pic.twitter.com/iSH0NakK5l