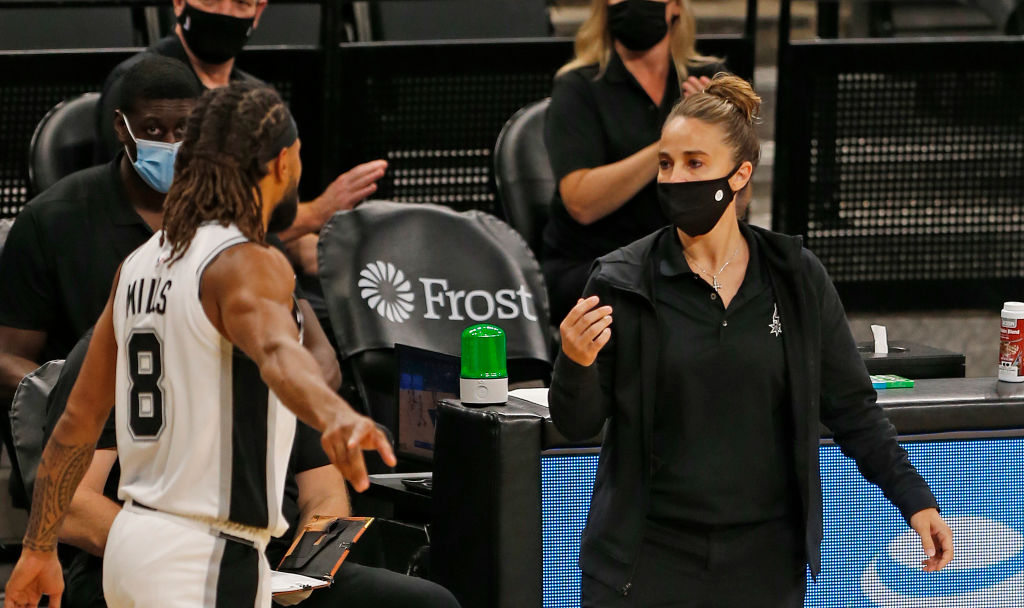 Becky Hammon of the San Antonio Spurs made history becoming the first woman to act as an NBA head coach in a regular season game. She took over coaching duties for the Spurs after Gregg Popovich was ejected from a game against the Los Angeles Lakers last week.

While this is a day we will never forget, as Hammon accomplished something that had never been done, Rudy Gay had a unique perspective on the situation. Tim Reynolds of The Associated Press reported that Gay is looking forward to the day where this accomplishment is normal.

Popovich had great things to say about Hammon after her head coaching debut as he talked about how much she earned this opportunity.

“It’s been business as usual from the beginning. We didn’t hire Becky to make history. She earned it. She is qualified. She’s wonderful at what she does. I wanted her on my staff because of the work that she does. And she happens to be a woman, which basically should be irrelevant but it’s not in our world, as we’ve seen as it’s been so difficult for women to obtain certain positions. It was business as usual for us.”

After the game, Hammon looked back on her first game acting as head coach and how this huge milestone came about.

“He [Popovich] officially pointed at me. That was it. Said, ‘You’ve got them.’ Obviously, it’s a big deal. It’s a substantial moment.”

Becky Hammon is truly paving the way for women in sports. Over the past several years, we’ve seen several female assistant coaches in the NFL. The NBA currently has ten women that hold assistant coaching positions, including Hammon in San Antonio who took things to a whole new level on Wednesday night.