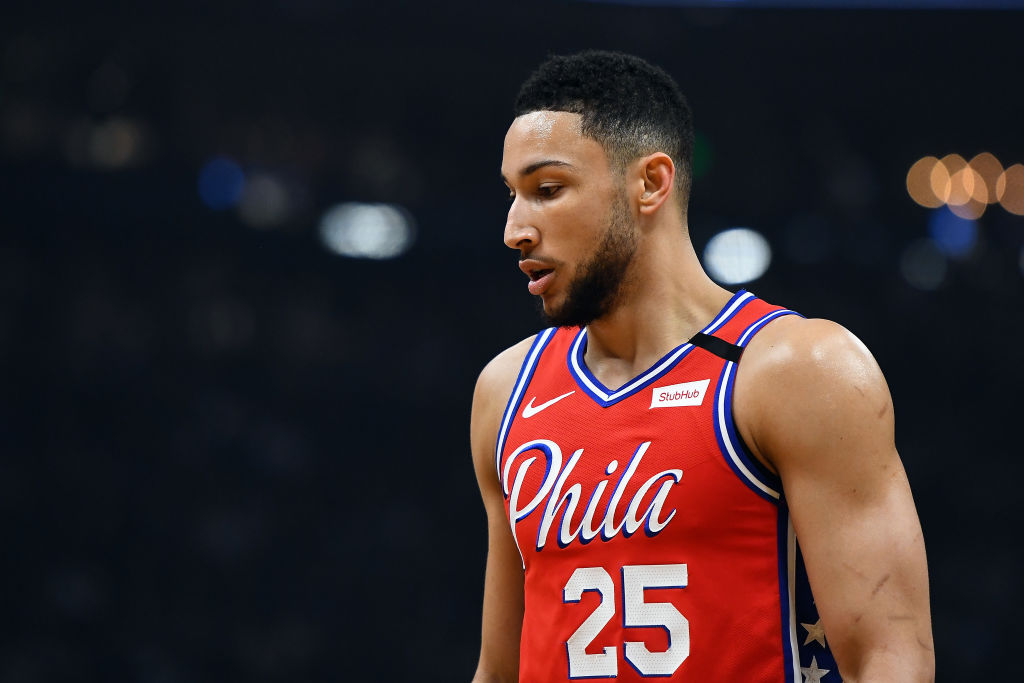 Update #2, Feb. 25: Ben Simmons has been diagnosed with a nerve impingement, Shams Charania of The Athletic reports. He’ll be re-examined in two weeks.

ESPN’s Adrian Wojnarowski corroborates the timeline but adds that there’s little expectation that the 23-year-old will be able to return to the lineup as early as then.

Update #1, Feb. 24: Ben Simmons will be sidelined indefinitely with an injured back, Adrian Wojnarowski of ESPN reports. Further details, including a more specific timeline could follow as soon as Tuesday.

Simmons underwent evaluation on Sunday but just enough to rule him out for Monday night’s contest.

The Philadelphia 76ers lost half of their star duo Saturday night when Ben Simmons left the contest early on account of a sore back. Simmons missed the team’s Tuesday night contest with lower back soreness as well.

ESPN’s Adrian Wojnarowski reports that Simmons will undergo an MRI on Sunday to gauge the severity of the injury but notes that he was emotional after leaving the X-ray room following his exit from the Saturday game.

Simmons has been a dominant force for the Sixers this season and has averaged 16.7 points, 7.8 rebounds and 8.2 assists as a 23-year-old.

His health and success is expected to have a major impact on how effective Philadelphia can be in the Eastern Conference.

While Simmons did miss the entire campaign following the 2016 NBA Draft as he recovered from a foot injury, he’s been a durable force ever since. Simmons has played in 54 of 57 games this season and missed just four combined in the previous two.