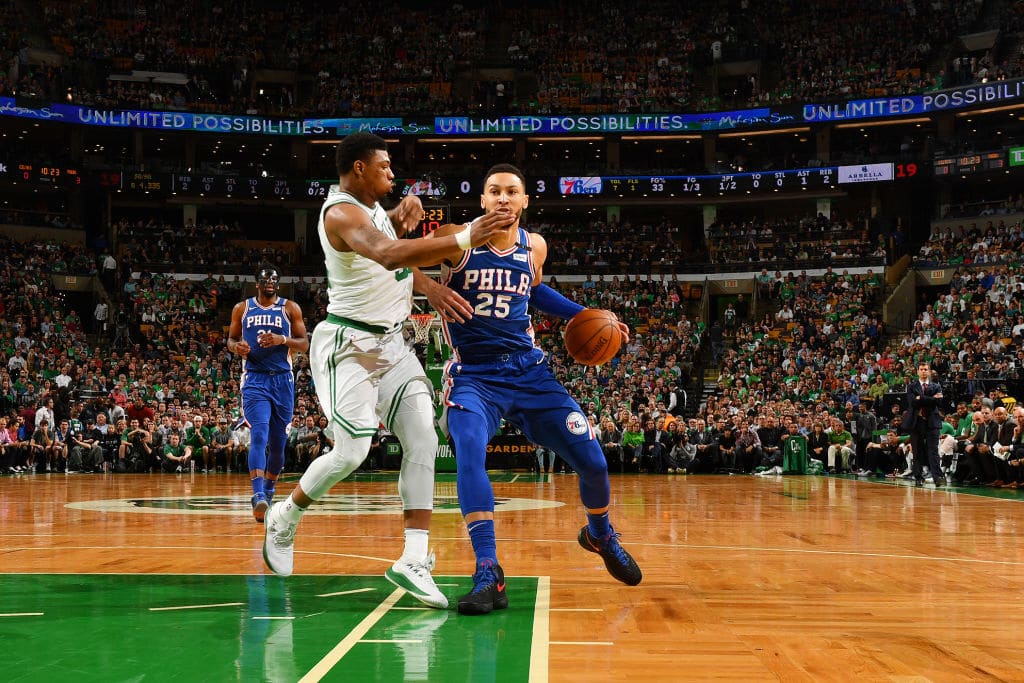 The Celtics shut down Ben Simmons in Game 2 Thursday night, limiting the leading Rookie of the Year candidate to a single point, and the Sixers blew a 22-point lead in a 108-103 loss.

Simmons says he was overthinking things against Boston’s defense, and Philadelphia must now climb out of a 2-0 series hole as they head back home.

“I’m going to have bad games,” Simmons said later, after the Sixers fell behind the Celtics 2-0 in this best-of-seven playoff series with a 108-103 loss. “It happens. Obviously, it’s not the perfect timing, but you head home now, we have two home games that we need to take care of and handle business.”

For the most part, though, the Sixers simply disappeared. Simmons spent a significant chunk of the second half on the bench watching T.J. McConnell run an offense that found a way to staunch the bleeding. When he returned with 5:29 remaining, the Sixers had clawed their way back to take a 93-91 lead. That lead didn’t last long.

“I think it was mainly what I did to myself,” Simmons said. “I think mentally, I was just thinking too much, overthinking the plays, and wasn’t just out there flowing and playing the way I play, which is free.”