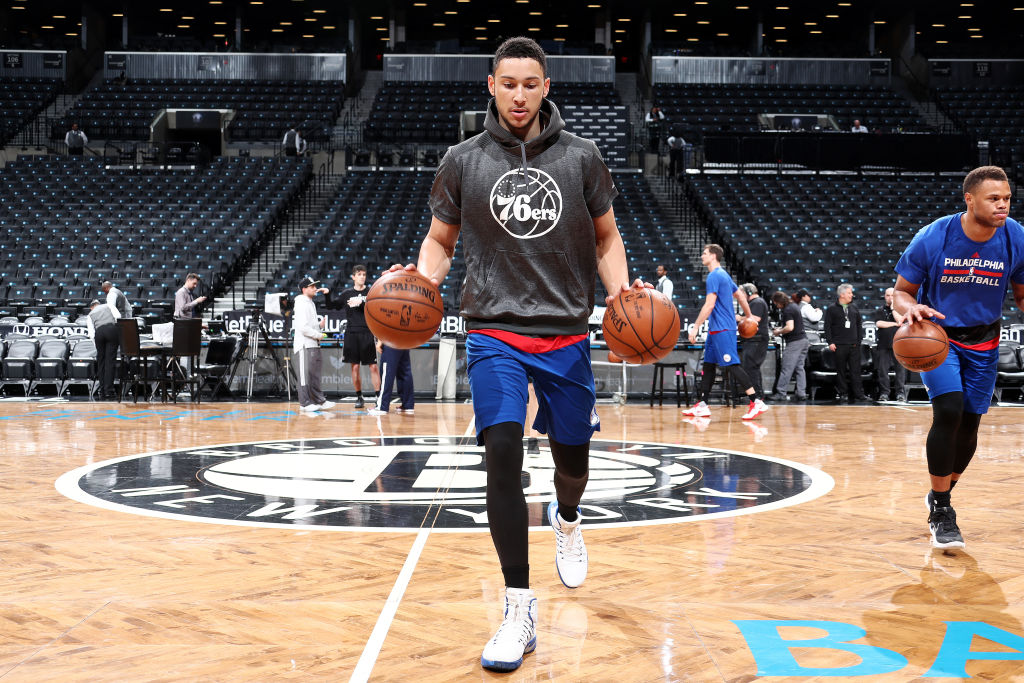 The Philadelphia Sixers may have drafted Markelle Fultz with the No. 1 pick this summer, but Ben Simmons believes he’s the team’s starting point guard.

Simmons says he’s excited to play alongside Fultz, and thinks it will be “easy” to share the ball-handling duties.

Ben Simmons is ready for next season and what his role will be for the Sixers. https://t.co/lJqbS6T7Di

The 20-year-old says he’s healthy after having his rookie season cut short by a Jones fracture last October.

“I feel great,” Simmons said Sunday, speaking to the media for the first time since the end of the season.

The Sixers have made significant moves in the last month. They traded up in the draft to land Fultz at No. 1, drawn by his ability to play off the ball alongside Simmons. He already likes Fultz’s work ethic.

“I think it’ll be easy,” Simmons said. “I have no problem sharing the ball, he doesn’t either.”

The Sixers will have to sort out exactly how the two will play in tandem. Fultz is a traditional point guard. Simmons is an unconventional one at 6-foot-10. The Sixers are not looked in on labeling anyone a “point guard” but rather are focusing players being facilitators and distributors.

“Once you start playing, it’s one of those games where you just play and you feel it out,” Simmons said. “For me, I think you can move me anywhere. But, I’m a starting point guard.”