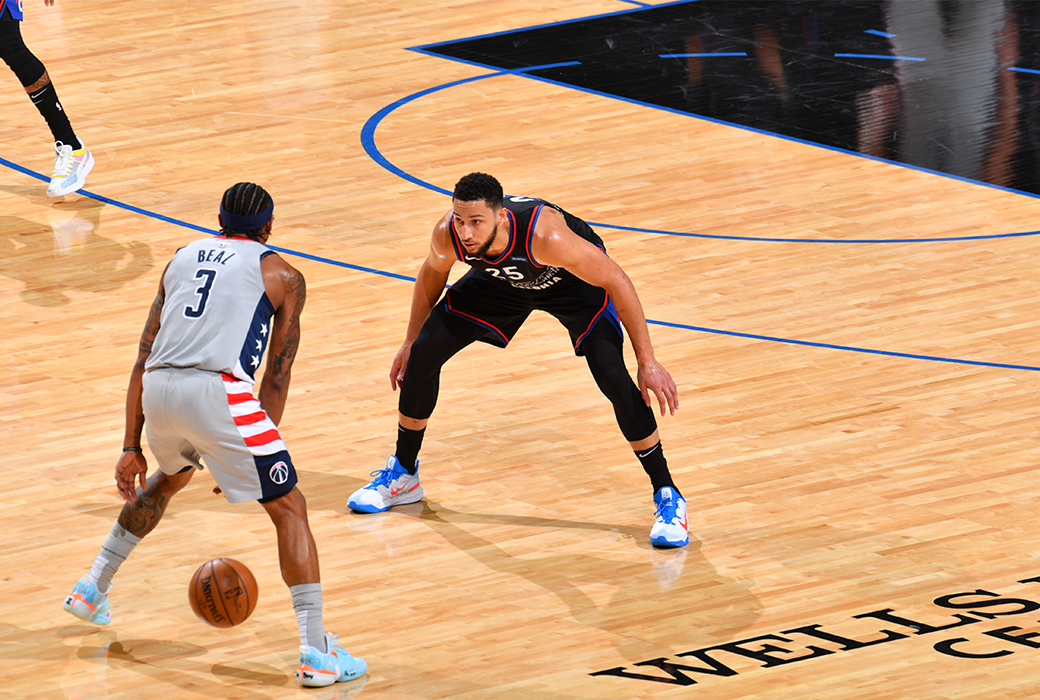 The Philadelphia 76ers have had a strong start to the 2021 NBA Playoffs, but despite that, All-Star guard Ben Simmons has still received criticism for his offensive performance.

After their game two win over the Washington Wizards, Simmons had this to say about his commitment to playing winning basketball.

“I’m not trying to stick to anybody in Philly,” Simmons said to media following the game. “I thought it was pretty hard to get 15 assists and 15 rebounds in the NBA in the playoffs. I thought that was pretty impressive. And we won. What y’all want? You want to win? For me, I’m here to win and I’m doing what I need to do to help my team win, whatever it is. I’m not trying to prove anybody wrong or anything like that. I’m trying to do my job to win.”

Simmons proved his point in Game two, nearly going for a triple-double and dropping 22 points, nine rebounds and eight assists in the 76ers 120-95 win. Simmons also had an outright impressive season averaging 14.3 points, 7.2 rebounds and 6.9 assists per game and being named one of three finalists for the Defensive Player of the Year.

The 76ers earned the number one seed in the Eastern Conference with Simmons’ help and have so far shown to be the superior team against the Wizards. Philadelphia is up 2-0 in the series, with the series headed to Washington D.C. on Saturday.