Ben Simmons: Shooting Threes Not ‘Main Goal at All’ 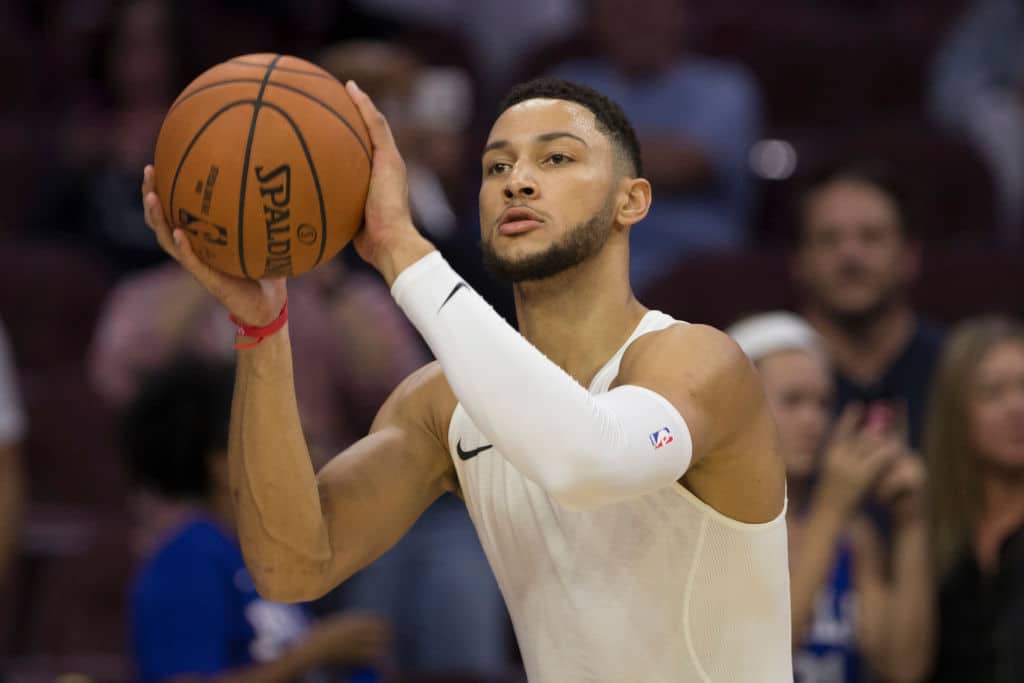 The Sixers’ do-it-all forward says he’s focused instead on improving his post-play and finishes at the rim.

Ben Simmons on his shooting: "[Shooting threes] isn't my main goal at all. I mean, I'm not even where I want to be when it comes to finishing at the rim or my post finishes. I'm still getting better at that. Once I'm good at that, THEN I'll probably expand my game."

Ben Simmons on his goals entering this season: "Individually, the goal for me is just to be better than I was last year, especially defensively. [I want to be] First Team All-Defensive. That's one of my goals… But my main goal is to win a championship. That's my priority."

Fresh off a Rookie of the Year campaign, the 22-year-old is already accustomed to global fame.

Ben Simmons and Joel Embiid are big hits in China.

“In the internet these days, everybody is caught up with everything,” Simmons said of becoming a global icon. “It doesn’t matter where you are, everybody knows. So it’s just cool to see love from everywhere in the world.”

He realizes that his global popularity and brand is because basketball “translates world-wide.”

“If you are good in America, people are going to show [love] whenever you are,” Simmons said. “People just love that game. I think that’s cool, and just brings everybody together.”