The final piece of The Process arrives. 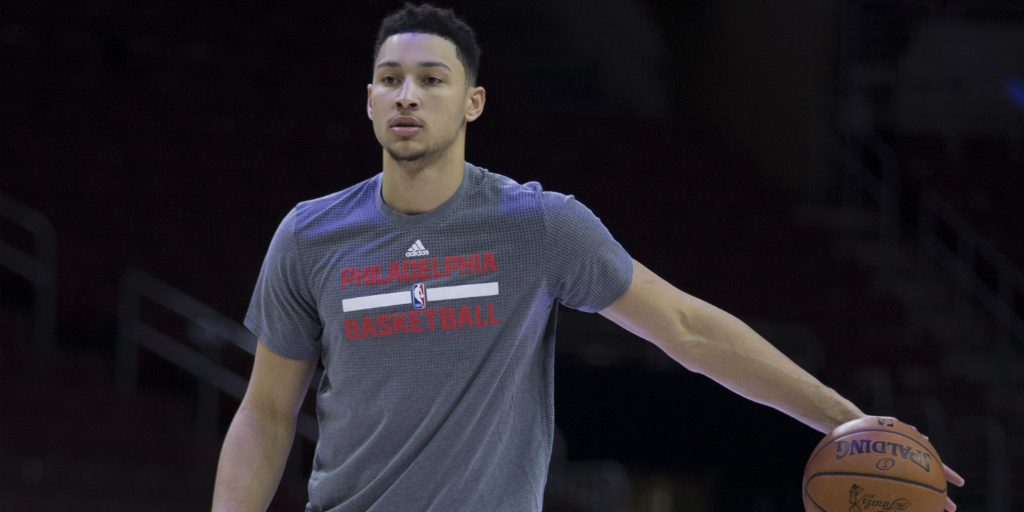 This list is all about this upcoming season, but let’s just get one thought out of the way:

Ben Simmons is going to be a stud. You know that passing gene, the one you either have or don’t, the one that legends like Bird and LeBron possessed from Day one? Well add Simmons to that list. Also, notice how the two other players mentioned were forwards? Guys who are 6-10 and can read the floor like chess masters come around, maybe, once every decade. Simmons is one of those players. Add in his strength, his athleticism, his versatility, which perfectly suits the new position-less, NBA, and you have a player who’s worthy of that praise piled onto him prior to last year’s NBA Draft.

The questions with Simmons will be when, not if.

Which brings us back to this list, and to trying to figure out what to expect from Simmons in 2017-18 and, well, there’s no obvious answer. Assuming he’s healthy and fully recovered from the broken bone in his right foot that sidelined him all of last season (and, given what he’s said this offseason, what the Sixers have said, and the videos coming out of his social media accounts, there’s no reason to fear he hasn’t) then he’s still a Godly prospect who’s only 21 and who was given the gift of a year to learn the ins-and-outs of NBA life.

On other hand, there are still question marks. For one, there’s that clanky jumper. Simmons will tell anyone who asks that he can make it rain if he wants to, that he did in high school and that the only reason he launched just three (three!) 3-pointers during his lone season at LSU was because he didn’t have to.

It’s a nice thought, and the way he should feel. But also: a bit of a reach. Clearly, at this point, he’s not a good shooter. That’s not an insult as much as an acknowledgment that the dude isn’t a perfect player. The problem is that nowadays in the NBA a lack of a jump shot can be detrimental to both an individual and a team. Opponents have no issue sagging off potential weak links (see: Roberson, Andre; Rondo, Rajon; and even Wade, Dwyane), and, as paradoxical as it sounds, being left wide open can actually sap a player’s ability to contribute on the floor. It removes you from the game’s rhythms, and your instincts from your actions. Every move becomes a calculation. It can alter the very DNA of a player’s game and in doing so force a coach to remove said player from the floor.

Can Simmons defeat this tactic? That he spent all last season working on his jumper is a promising sign, as are some of the clips he put out of his new and improved (notice the elevation of his left shoulder?) jumper.

Also, Simmons instincts are strong. You know how Wade was mentioned earlier? His sharp off-ball cutting would be a perfect example for Simmons to study, though it seems he might actually be spending the majority of his floor time with the ball in his hands, even with the Sixers having drafted a point guard first overall in Markelle Fultz. Simmons has said numerous times this offseason that he’s a point guard and that he plans on playing the point this season. It’s safe to assume he wouldn’t be doing so if Sixers head coach Brett Brown didn’t agree, but it does make you wonder how the coaching staff plans on molding this whole post-Process crew together.

Maybe Simmons comes off the bench? Maybe he and Fultz do a poor-man’s imitation of LeBron and Kyrie (sans the break-up)? Maybe Brown has a different plan that we’re not yet aware of?

Or maybe Brown, like the rest of us, isn’t quite sure what to make of Simmons just yet. That’s what’s going to make watching Simmons this season so much fun. The sky’s the limit for him. This year will give us a taste of just how high he plans on soaring.