Ben Simmons Wants to Train With Magic Johnson This Summer 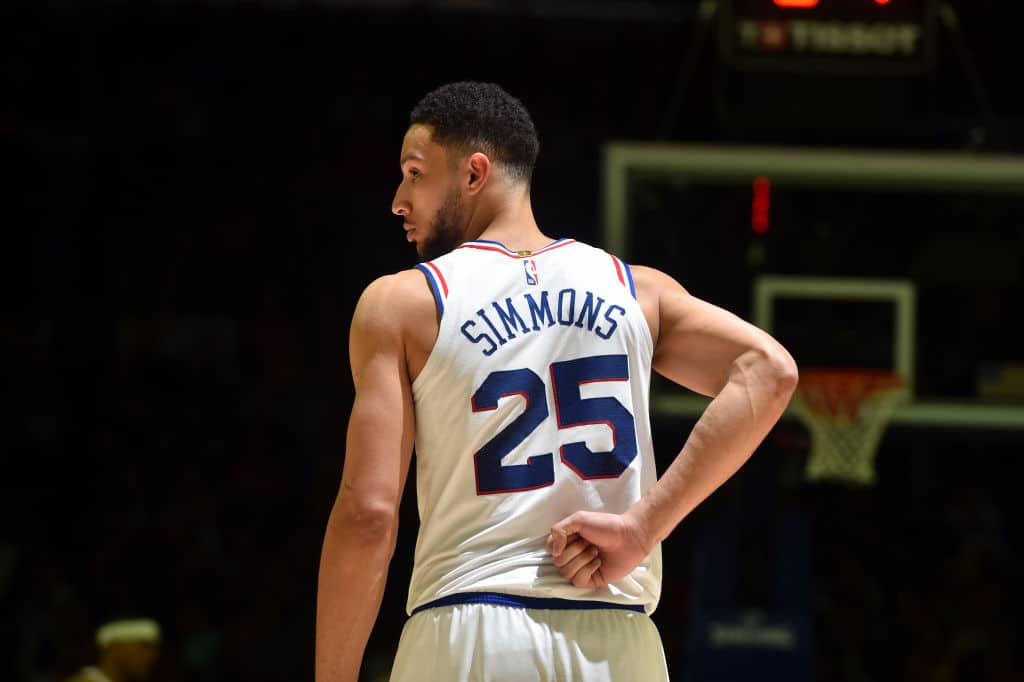 Sixers All-Star Ben Simmons put in a request to receive mentorship from Magic Johnson during the offseason.

Johnson, the Los Angeles Lakers’ president of basketball ops, would be happy to work with Simmons once Philly’s front-office and the NBA “sign off.”

Here are Magic Jonshon’s full comments on potentially working out with Ben Simmons this off-season. He reinforces that approval from all three parties (Lakers, 76ers and the NBA) is first required. pic.twitter.com/l26Zh4e5JW

The 22-year-old is lookig for “big guard” tutelage.

“He reached out to me, not to me directly, to the Lakers, to find out if we can get together this summer,” said Johnson, who the Lakers drafted with the first overall pick in 1979. “I said, ‘Hey, you’d have to clear it with the league. Everybody. The Sixers sign off. We sign off. The league sign off that nothing is going on.

But Johnson, the three-time league MVP and 12-time All-Star, is a big fan of Simmons’ game. He garnered his first All-Star selection last month. The 2018 rookie of the year averages 16.7 points, 9.2 rebounds, 8.0 assists, and 1.3 steals. He has eight triple-doubles.

“Trying to learn from somebody like that would be huge. Getting speak to him – he’s had to play the 5 and win a championship – and he’s in the Hall of Fame,” Simmons said. “In terms of what position, I’m in, a 6-10 point guard, I think it would help.”

Related
Ben Simmons: Shooting Threes Not ‘Main Goal at All’