Beno Udrih Reportedly Asked the Knicks for a Trade 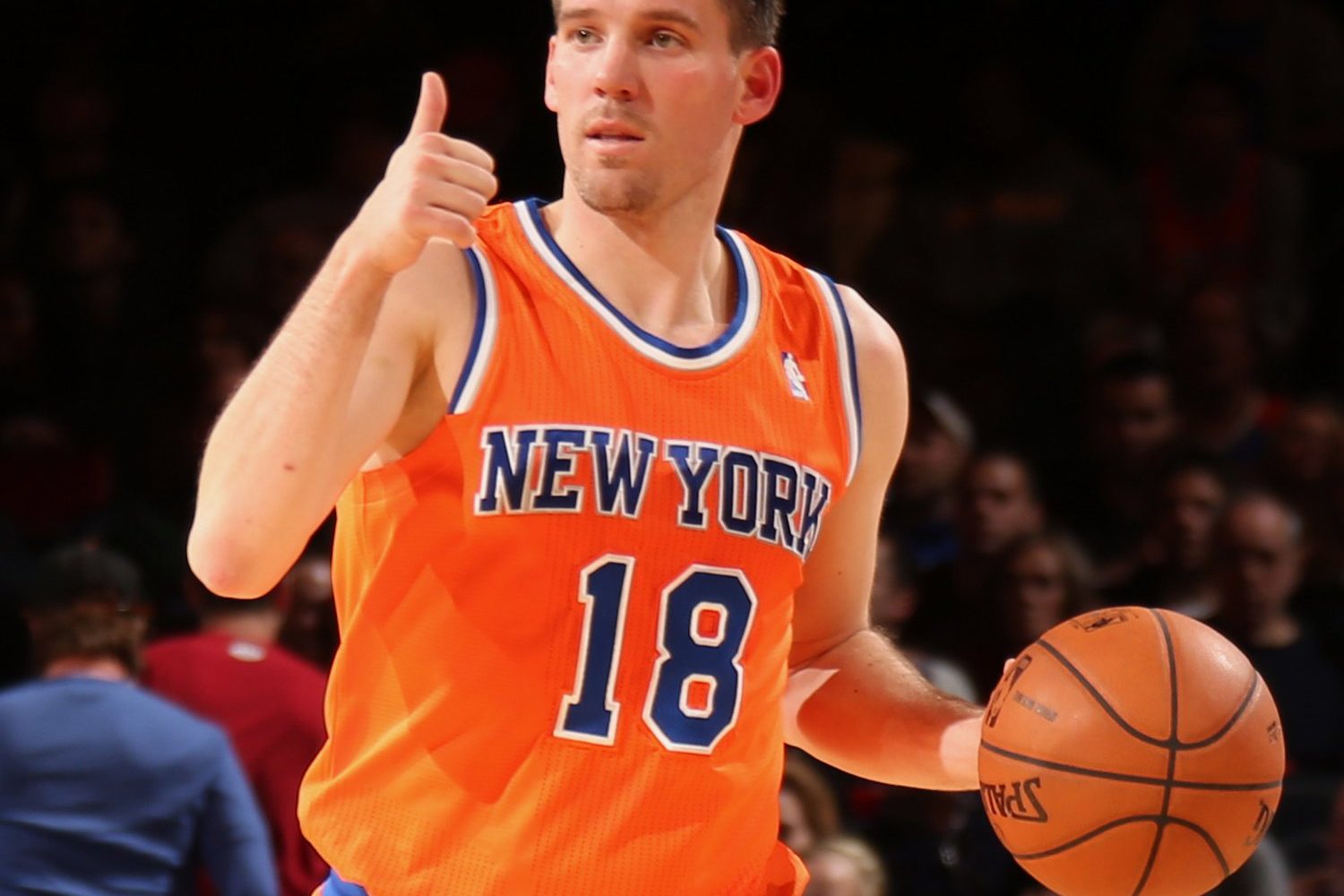 31-year old veteran point guard Beno Udrih is one unhappy camper in New York, and according to multiple reports, he has asked the Knicks for a trade (which they will try to accommodate.)

Udrih has been openly and publicly criticized by head coach Mike Woodson, as the team continues to sink, and he’s looking for a way out of Gotham.

Udrih signed with the Knicks over the summer for the veteran’s minimum at $1.27 million. At the time, Udrih hoped to be a part of the Knicks’ three point guard rotation along with Raymond Felton and Pablo Prigioni. Udrih filled in as New York’s point guard while Felton and Prigioni were out with injuries but hasn’t been in the team’s rotation on a consistent basis when both point guards were healthy. With Felton and Prigioni at full health on Monday, Udrih played just four minutes in the Knicks’ loss to the Brooklyn Nets.

On the season, Udrih is averaging 5.9 points and 3.7 assists in 19.9 minutes per game. The nine-year veteran, holds career averages of 9.0 points and 3.6 assists per game. Udrih caused a minor stir earlier this season when he publicly questioned why he was the subject of criticism.

A visibly frustrated Carmelo Anthony refused to concede that all is lost for the Knickerbockers. Per Newsday:

“It’s not getting hard,” he said Monday. “Just right now, when you’re going through this situation, it just kind of blurs everything, kind of clouds everything — your thinking, your mentality. So for me, I just got to be patient and we’ll see what happens and works out.” The Knicks are 15-26, but Anthony said he doesn’t “want to believe” and “won’t accept” that their record reflects the team they are. But they are further from being title contenders than they have been since he forced a trade here in February 2011.