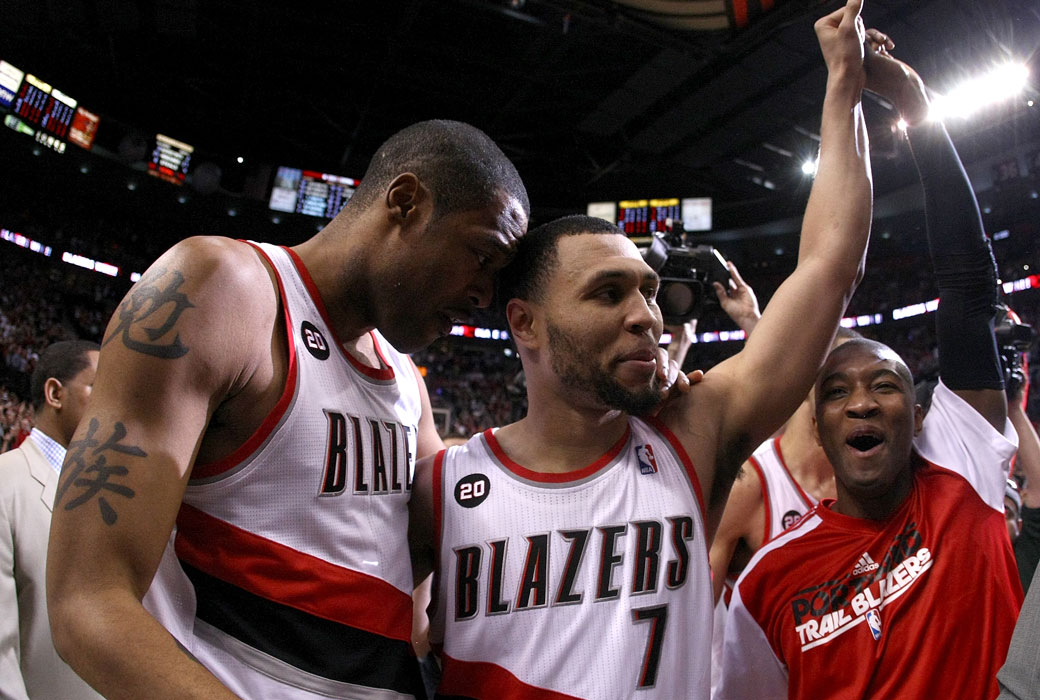 To celebrate Brandon Roy‘s 34th birthday, we look back on some of the greatest moments from his remarkable NBA career.

Roy was the 2007 Rookie of the Year and a three-time All-Star with the Portland Trail Blazers. Though his career was cut short by injuries, his legacy is one of the richest.

True legacy isn’t in points or wins. It’s in the people you’ve inspired. And Brandon Roy’s legacy is one of the richest.

January 27, 2008: Roy comes up clutch in comeback win over Atlanta

Battling a fever, Roy finished with 24 points, including 8 in the final 2:50, in the stunning victory.

Out in New Orleans for his first All-Star Game, Roy notched 18 points, 9 rebounds and 5 assists.

It was a crazy final two seconds of overtime for Roy, who hit the go-ahead jumper with 1.9 remaining, fouled Yao Ming as part of a three-point play that gave the Rockets the lead on the ensuing possession, and then hit an INCREDIBLE game-winner.

Brandon shot 14/27 from the field and 19/21 from the free throw line. During one stretch in the third quarter, he scored 15 straight.

He capped off another brilliant night (28 points on 9/15 from the field) with a very difficult game-winning layup off the glass.

Just eight days after having knee surgery, Roy logged 27 minutes and scored 10 points in a 96-87 Game 4 win. His presence had the Rose Garden ROCKING.

First round of the 2011 playoffs. Game 4. Portland trailed by as many as 23 points in the second half. And then Roy, who came off the bench, TOOK OVER.

Salute to a legend.