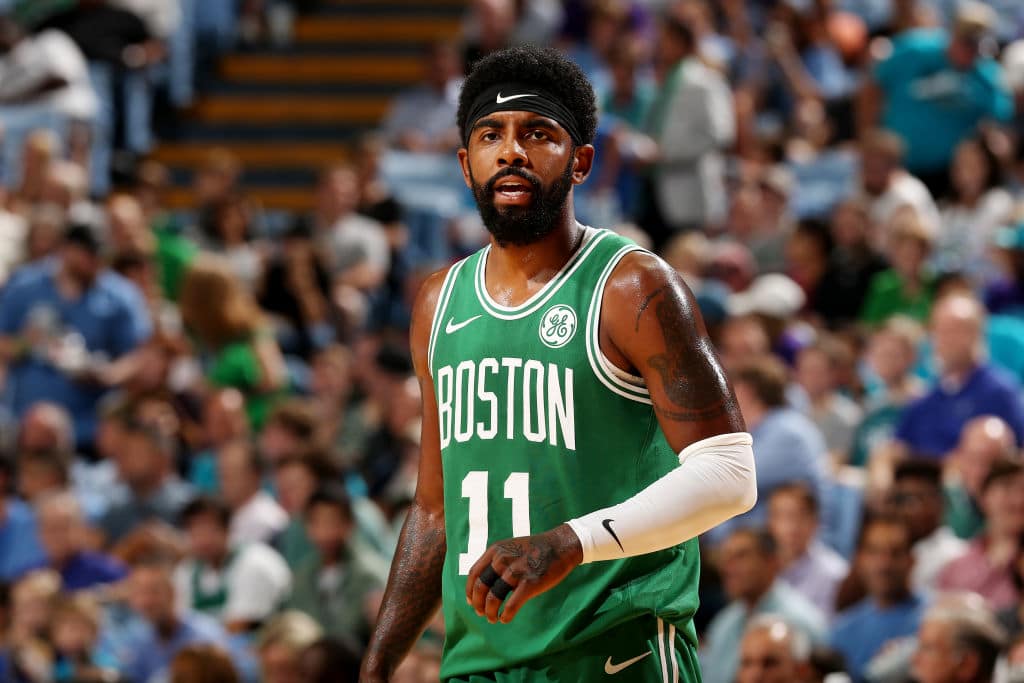 Kyrie Irving says forcing his way out of Cleveland last summer was the perfect career move to make.

“It was the best thing I’ve done,” says the All-Star point guard about a decision many considered foolish only a year ago.

I wrote about Kyrie, NBA iconoclast:https://t.co/2BFK3FzPtC

Irving, 26, now has what he’s wanted all along in Boston: the undisputed leadership role on a championship contender.

“I think it was the best thing I’ve done honestly,” Irving says. “Like, keep it real. If I was still in Cleveland, I would be … like everything that was foreseen to happen, happened.”

Loose translation: If I’d stayed, I’d be stranded on a non-contender, with a lineup built to support a different superstar.

“Change is hard sometimes, man,” Irving says, chuckling at the apoplectic reactions to his trade demand. “And deciding to do what’s best for you is not gonna look the same for everyone else. So you have to willfully accept that.”

Related
‘I Wasn’t the Face of the Franchise’: Kyrie Irving Looks Back on Cavs Role