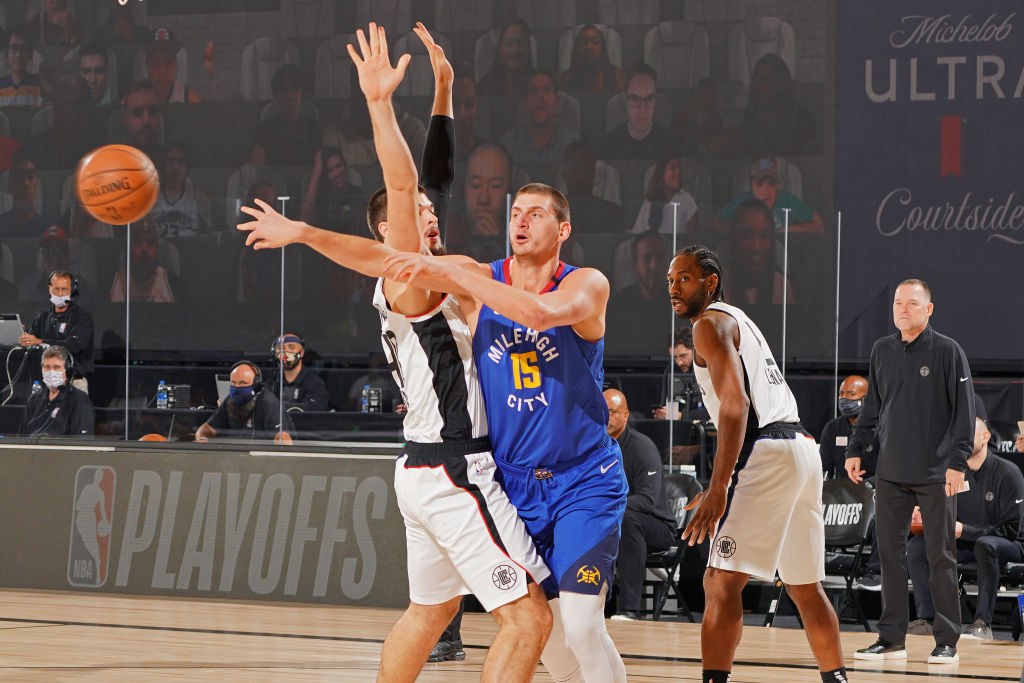 In an interview with GQ’s Michael Pina, Walton – who these days offers his services as a colorful sportscaster – was ready to ’empty the thesaurus’ when it comes to describing Jokic’s game:

“He’s just a very interesting player and super fun to watch. He looks like he’d be really fun to play with. He looks like a great teammate and a spectacularly skilled player who plays to win. And he can do so many different things. He’s big, strong, powerful, mobile, skilled, intelligent, creative, collaborative. Empty the thesaurus. He’s got a lot of things going for him.”

Between the regular season and the playoffs, Jokic now has 2,316 career assists. Considering that Walton finished his career with 1,735 assists between the regular and postseason, the amount of dimes that Jokic has racked up in five fewer seasons is all the more impressive.

At 25-years-old, Jokic has already cemented himself as a dominant player and a big man who’s uniquely dynamic in the way he effects the game. The scary part is that Jokic likely hasn’t even hit his prime yet.

The lighthearted Walton, known as Big Red in his playing days, isn’t discontented about this fact though.

“One of the really rewarding aspects of life,” Walton says, “Is to see other people succeed and that’s what he’s doing right now.”

All Walton wants Jokic to know is that he truly enjoys watching him play.