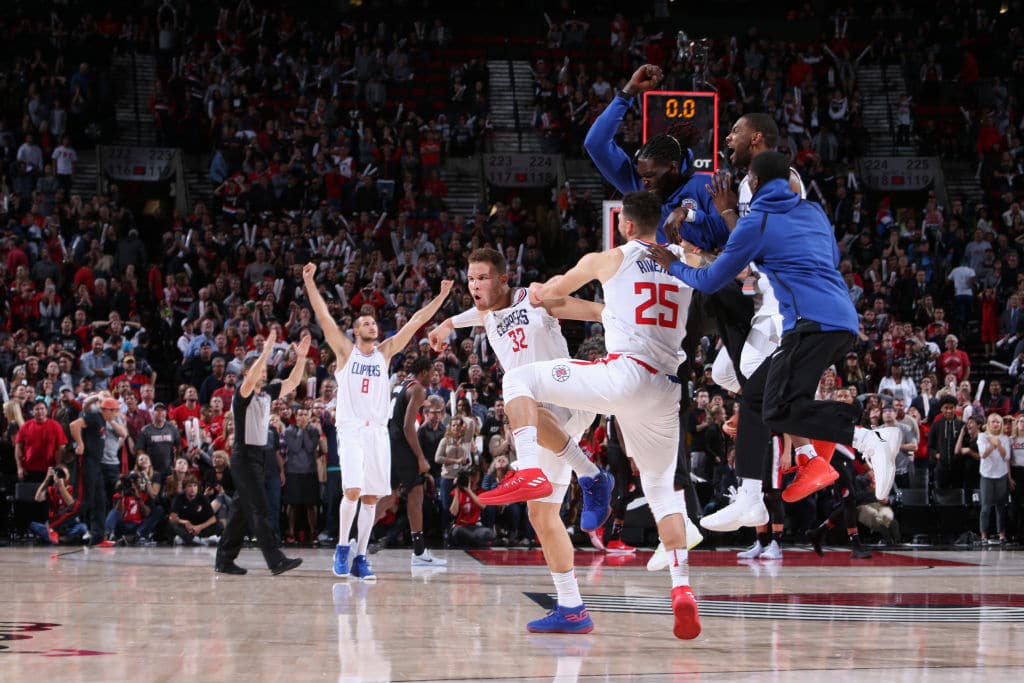 Griffin’s clutch bucket kept the Clippers’ record perfect at 4-0, and stunned the Blazers.

Blake scored 16 of his 25 points in the fourth quarter.

So when Clippers coach Doc Rivers gathered his team in a huddle with 5.1 seconds left and the Clippers down 103-101, Griffin was ready.

Griffin was positioned to be a hero because the Trail Blazers’ CJ McCollum made only one of two free throws with 5.9 seconds left, leaving the door open for the Clippers.

“This win is big for our confidence,” Griffin said. “Our first road game, especially in a place like this where the fans are into the game. … We just fought, man. We just stayed in the game. We probably had a chance to feel sorry for ourselves and hang our heads. … You never know. That’s why we work on those end-of-game situations in practice because you never know what’s going to happen.”