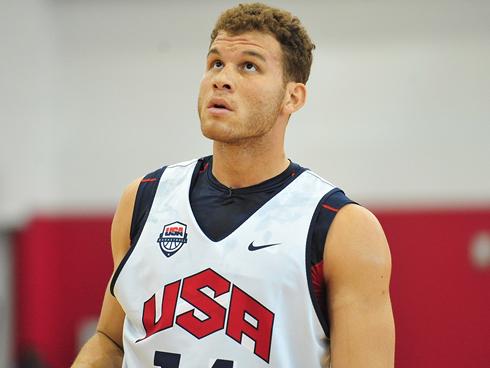 LA Clippers superstar forward Blake Griffin is the latest dropout from USA Basketball’s program this summer. Griffin was one of 19 players selected to the USA roster, from which the American World Cup Team will be formed. From the press release and USA Today:

“I appreciate the invitation to play for Team USA this summer,” Griffin said. “It is a special opportunity anytime you have a chance to represent your country, and I was honored to be included. However, right now I want to focus and dedicate 100 percent of my energy on improving and preparing for the upcoming season with the Clippers.”

When Team USA managing director Jerry Colangelo heard the news on Thursday afternoon that Los Angeles Clippers forward Blake Griffin would not take part in this summer’s FIBA World Cup tournament, the element of surprise that he endured was all too familiar.

“I’m disappointed he’s not going to be with us,” Colangelo said. “It’s unfortunate (because) it’s been two competitions in a row (that Griffin has missed), but it sounds like a broken record because it happened recently with someone else.” […] “We didn’t have any indication that there was even a possibility of a change in plans (from Griffin),” said Colangelo, who was told of Griffin’s decision in the early afternoon on Thursday.