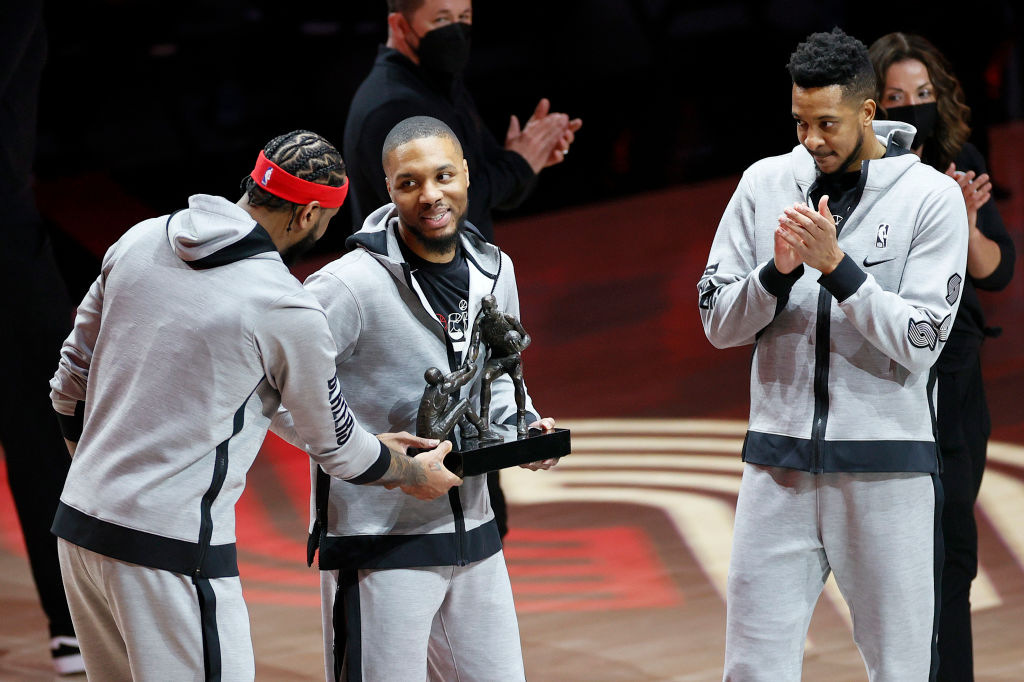 This award is selected by NBA players & recognizes the player deemed the best teammate based on selfless play, on- and off-court leadership as a mentor and role model to other NBA players, and commitment and dedication to his team. pic.twitter.com/2aQOzu9A92

The Twyman-Stokes award recognizes the one player considered the best teammate based on a combination of selfless play, leadership, mentorship, and commitment and dedication to their own team.

At this point, Dame’s off-the-court achievements are starting to rival his on the court excellence.

This season, he received the April NBA Cares Community Assist Award presented by Kaiser Permanente for the third time thanks his continued efforts in the Portland community. Two years ago, Lillard won the 2018-19 J. Walter Kennedy Citizenship Award for his outstanding service and dedication to the community.

However, Dame continues to cement his legacy as one of the clutch superstars in the NBA averaging 28.8 points, 7.5 assists and 4.2 rebounds this season.  His exploits helped lead the Trail Blazers to their eighth straight playoff appearance.

Despite losing in the first round, he gave a technicolored example of what Dame Time is by scoring 55 points in a record-setting performance in Game 5’s double-OT loss to the Denver Nuggets.