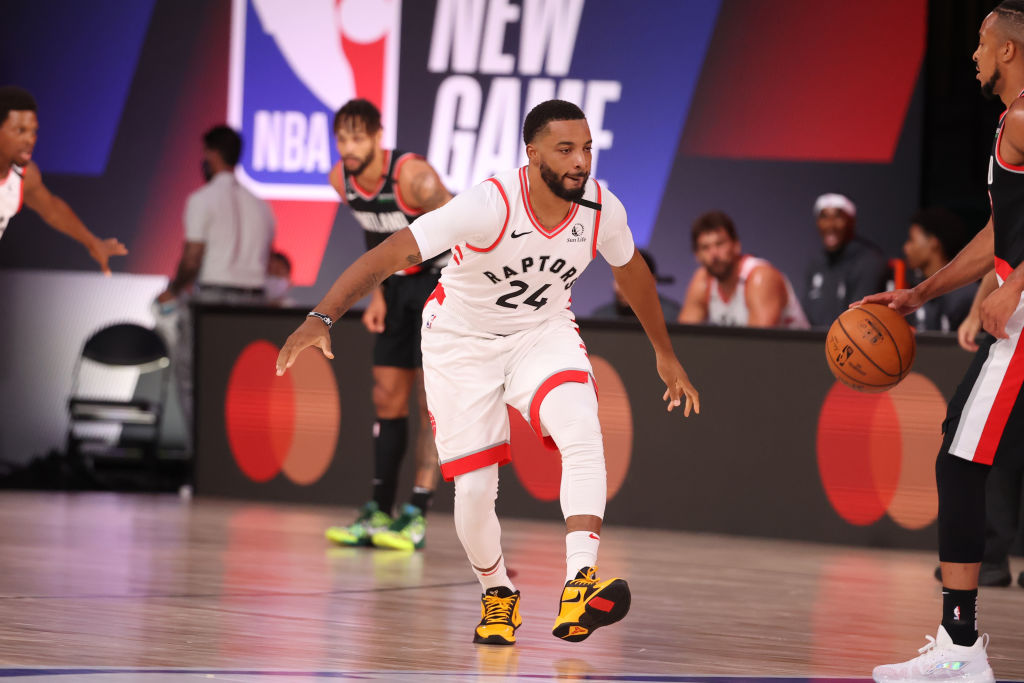 Powell, an emerging young wing, has averaged 17.6 points on .419 percent shooting from 3-point range this season. With a player option on his contract for the 2021-22 season, the Raptors were able to capitalize of his rising trade value and retain their salary cap flexibility by not having to sign the six-year veteran to a costly contract.

Powell may come off the bench for the Blazers with guard C.J. McCollum returning from his early-season injury. However, with a 6’11” wingspan, he’s a feasible option beside both McCollum and All-NBA point guard Damian Lillard in the frontcourt despite being listed at 6’3.”

For the Raptors, Trent can fit the three-and-D archetype while excelling in what’s been a career season for him as well. The son of former NBA big man Gary Trent, the third-year pro is averaging 15.0 points per game while shooting .397 percent from deep (on 7.4 3-point attempts per game).

Hood’s once promising career has taken a less-than-stellar turn as he overcomes myriad injuries but the lefty is still a savvy veteran who can stretch the floor with a career 3-point percentage of .368.