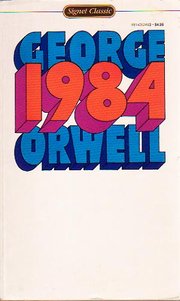 You enjoy reading Gilbert Arenas’s blog, right? Of course you do. Who doesn’t? Not only is it laugh-out loud funny, but through it we are offered a rare and unfiltered glimpse into the very strange life of a pro athlete. As with most good things, there’s someone trying to ruin it. And that someone is corporations.

Companies that pay Arenas huge sums of money to promote their products (adidas, for example) aren’t happy with some of the things he says on the blog. In a nutshell, Gil is a little too honest, which if you’ve ever worked in the corporate world, is a huge no-no. From the Wall Street Journal:

His criticism of Adidas’ new signature shoe created an even bigger issue. Adidas, which wasn’t ready to talk about the design, wasn’t happy with Mr. Arenas’s criticism, according to Adidas spokesman Travis Gonzolez. But “we all took a step back. We said, ‘It’s Gil being Gil and there’s not a lot we can say.’ We don’t want to affect what he writes,” says Mr. Gonzolez.

Still, Adidas, EA and Spalding each say that whether an athlete blogs, and how they can work together with the blog, will be a part of future endorsement negotiations.

The part about corporations “working” with athletes on their blog, in other words, censoring what they say, is obviously problematic.

Here’s the thing: Gilbert Arenas is a very big star; you could make the argument that companies like adidas need him as much as he needs them. There’s no way they’re going to be able to control what he says; they may make suggestions from time to time, but if he doesn’t like something, he’s going to let us know about it.

The problems will arise when these companies sign a lesser-known player, someone still trying to make a name for himself and who is thrilled that a large corporation wants to throw money at him. The age of innocence is over, bloggers.

(Thanks to True Hoop for the heads up.)