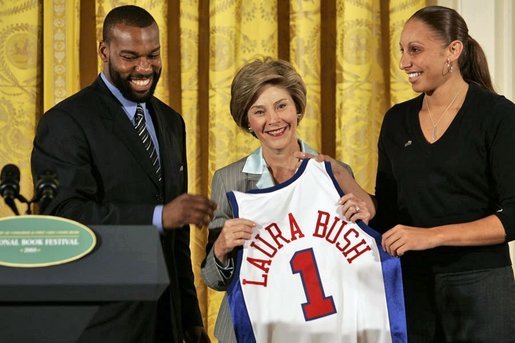 NBA Live cover boy T-Mac talks about the time he faced alleged HGH enhanced pitcher Roger Clemens. According to T-Mac, Roger either attempted to murder him with a fastball to the brain or he threw a splintered bat at him and claimed to think it was the ball or that he was just so fired up that such an action was justifiable. And hey here’s Tracy’s top 5 players to use in Live 07.

Truehoop led the way to this clip of Jordan’s 10 best game-winning buzzer beaters.

Watch out for the Bobcats this year. They’re my sleeper in the East. Training camp seems to be going well.

Gilbert Arenas quotes. What more do you want?
Is this the year Eddy Curry really puts it together? Probably not. At least the Knicks signed Skita! I don’t know why I chose to put an exclamation point there. The Kings picked up Mo Taylor. Bonzi who?