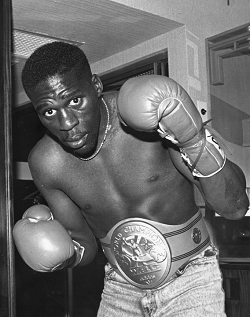 Russ was working hard all weekend, so I don’t have to add too much NBA-wise. Plus we’ll have look back and wrap-up types of pieces coming in today. The first round was easy to cover because there were games every day. Now, with only four series being played, it gets tricky again. Moving on, just a few thoughts.

Ewww Steve. Tony Parker, for a guy with the most perfectly spherical head in the game, can cause some damage. With the MVP votes already counted, Nash felt it was the time to once again prove that the Suns fall apart when he is not on the floor. There is really no reason to do that for the playoffs. That was a lot of blood. I watched the De La Hoya-Mayweather fight on Saturday night and it wasn’t nearly as bloody. I enjoyed Tim Duncan’s postgame comment to Michele Tafoya. Put on the spot to answer how important it is to win game one on the road, he answered “…. Very important.” You had to witness for yourself to feel the comic impact. Not to worry Suns fans. Steve did get smashed up and game two is a must win for the Suns considering the opponent, but game 3 is not until Saturday. SATURDAY! Nash will be fully recovered by then.

Because of the fight (and getting stuck in an elevator on the way there!!!), I missed the latest T-Mac first round flop. It’s very sad for Tracy, especially in light of him begging for the pressure of the moment in an interview with Steven A. This a grown man about to cry. Nobody wants to see that. They need to make a team of players that have never been out of the first round, and get rid of the salary cap for them. Tracy, Stephon, Steve Francis, Carmelo, Bosh, just throw them all together and see what happens. KG can coach, falling back on the wisdom of what Sam Cassell taught him that one year.

I was able to watch the Nets close out the Raptors whilst bowling. They had a screen with the game on above my head next to our scores as we bowled. That was a weird experience, and to add to the NBA playoffness of it, the Pussycat Dolls were a few lanes down grinding on each other and dancing like maniacs. Actually it wasn’t the Pussycat Dolls, it was a gang of high school girls that dressed even sluttier. Not possible, but it happened. Great season Raptors. The Nets just had too much playoff experience. Toronto has maybe the brightest future in all of the East.

Russ and Ryan are sharing the Bulls-Pistons series. That should be bloody like Nash’s face. As for the other ones, Jake is on the Nets-Cavs, which is the series he was put on this planet to cover. Mutoni will handle Golden State-Utah, and Cub has Suns-Spurs. Thanks to Emry and Vincent for handling their first round series so well. They will both pop up on the site now and then. Russ was working hard all weekend long, giving thorough analysis and thoughts on the games. Also, it’s not really my style to do the whole PR publicity self-promotion thing, but I have to take pride in that I got True Hoop to mention Branden from XXL’s Golden State pick.

When Branden is right about something, he lets you know about it many many times and becomes completely insufferable. Congrats though! We used to always laugh at his wild optimism for the Oakland Raiders, as he put his faith in Kerry Collins one year, and made boasts like that Lamont Jordan is a better player than talk show host Tiki Barber. It was good to see the Raiders become one of the biggest disasters in sports, just to keep Branden humble. Thanks to the Warriors, those days are no more.

Since it is a new day, we have yet another racism related issue. Can we go like 3 days without a huge inflammatory racial blow-up? Whether it’s the NBA refs, Imus, and now white people disproportionately hating Barry Bonds. Black people allegedly love him according to the ABC/ESPN poll, though it was less than a month ago that we were hearing that black people don’t care about baseball. This is a prediction with no previous knowledge of the situation: Khalid is going to write about Barry today. I have not said anything to him about it all weekend, but this study validates pretty much everything he has been saying about Barry for a long time. Much like the San Antonio Spurs, racism will be here forever.

Look at Floyd Mayweather and his uncle Roger “The Black Mamba.” Soooooo racist against Mexicans. They have both entered the ring in a sombrero and poncho. Roger was nicknamed “The Mexican Assassin” for the way he kept beating Mexican fighters. Floyd was wearing the colors of the Mexican flag going against a Mexican fighter on Saturday night. Watching the fight at a party with 20 white people (I think. You never know…), it felt good to not be a part of the racism, as black people and Mexicans fought it out. Good luck with all that. Oh, by the way in that HBO special about the fight, Roger Mayweather gets his license to train re-instated and then compares himself to O.J. because he knows he is guilty but got off.

But here’s something that we can all agree on. Roger Clemens is a piece of garbage. 4.5 million dollars per start. King George is doing whatever it takes before he checks out to get one more ring. Sickening. Nauseating. Jealous. I respect the Yankees for embracing the role of the villain once again, much like Money Mayweather. Okay, stay tuned for some NBA playoff stuff today.