Chicago Bulls great Bob Love never reached the greatness that Michael Jordan did, but his impact on the franchise is still being felt to this day. 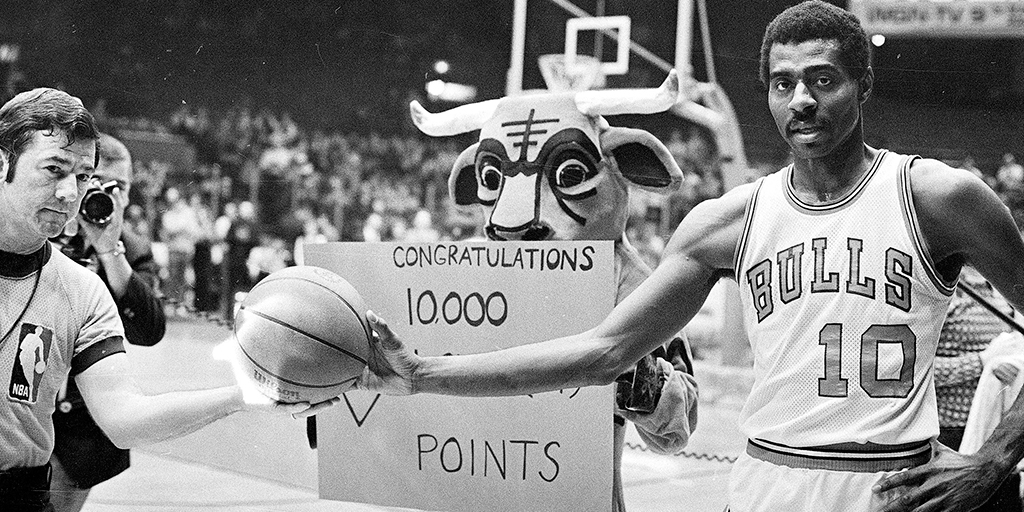 In SLAM 210 (still on sale!) we chronicled one important old school player from each of the past four decades. For the 1970s, we focused on Chicago Bulls great Bob Love, a three-time All-Star who had his number 10 retired by the franchise in 1994. —Ed.

Not long ago, Bob Love stepped onto an elevator within Chicago’s United Center and confronted a family. Genial and outgoing, which one would expect a team’s Ambassador to be, Love began a conversation.

One of the older members remembered Love from his days as a high-scoring forward for the Bulls, a three-time All-Star and postseason standout whose number was retired by the team. A younger person had seen Love speak at a nearby school, an achievement perhaps even more impressive than the former player’s on-court work, given that Love once suffered from an awful stutter that made it so hard for him to speak that teammates had to relay his thoughts and opinions during timeout huddles.

A man so capable of expressing himself on the court couldn’t say a sentence off of it without staggering and stammering to utter frustration and humiliation. Years later, he was smiling with the family, having overcome his difficulties to become a cherished representative of the franchise for which he had his best moments as a player.

“It’s such a great story,” says Tony Rokita, the Bulls’ Director of Community Relations and Player Programs. “Bob’s perseverance and what he overcame are remarkable.”

You want to talk Chicago Bulls? The conversation begins and ends with one man. It’s Michael Jordan’s franchise. He won the six titles. He grabbed the title of GOAT. Bulls red is MJ red. Everybody else is just part of history’s supporting cast, pushed out of the spotlight by his singular greatness.

For some, the 1970s Bulls were just the disappointing appetizer to the feast Jordan provided for Chicago fans throughout the ’80s and ’90s. They won some. They came close. But they never reached the top. Wilt got them twice. Kareem did it once. And in 1975, when they came so close, the lack of a bench did them in. Also-rans. Second-best. Footnotes in the story that reached its climax when the tongue-wagging guard from Carolina came to town.

And that’s a damn shame. Those Bulls had talent. They had a visionary, albeit totalitarian, coach—Dick Motta. They played exciting basketball. And they had Love, the smooth, 6-8 forward. He was a three-time All-Star who averaged 21.3 ppg during his seven-plus seasons with the team. Love was a workhorse and a great teammate. He could score on just about anybody, and he hit the boards with gusto. His battles with the game’s best forwards—Rick Barry, Spencer Haywood, Connie Hawkins—were must-see basketball action. Come playoff time, he was even better. And tougher. In five post-seasons from 1970-75, the fewest minutes Love averaged per game were 43.3. In ’70-71, he played 47.1 mpg in a seven-game series against the Lakers.

“I loved playing with Love, because he was constant motion,” former Chicago guard Bob Weiss told Bulls.com. “I was always finding him for layups.” 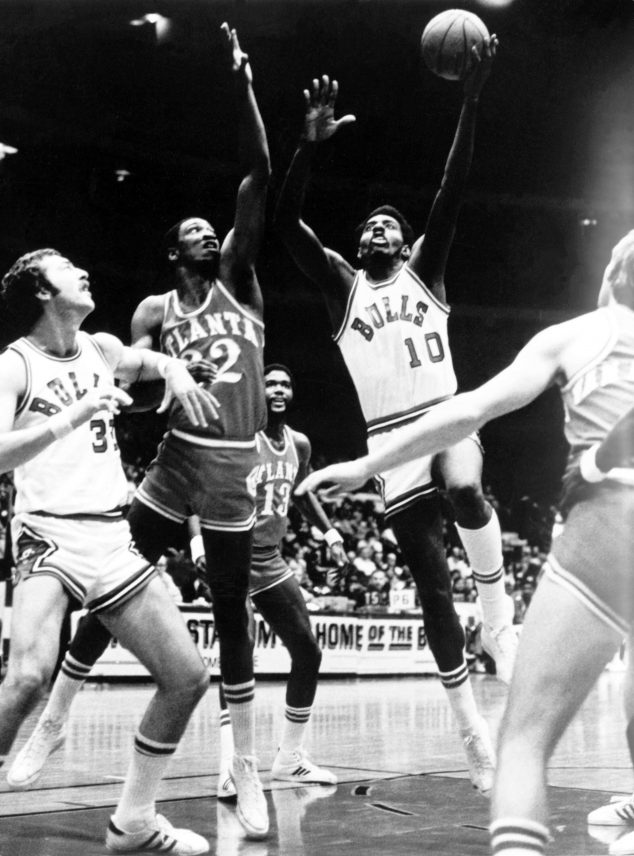 Love’s basketball journey was successful, and though it ended too often in playoff disappointment, it established him as one of the League’s better frontcourt players for a seven-year stretch that coincided with the Bulls’ first taste of prosperity. Love “worked hard to get open,” the late Norm Van Lier, a former Chicago guard, said in a 2002 New York Times article. Love played a vital role on the 1974-75 team that battled its way to the Western Conference Finals, where Chicago eventually fell to Golden State.

That series went seven games, with Chicago dropping an excruciating 83-79 loss in the decider. Love played the entire game, scored 17 points and pulled down 7 boards. The Warriors’ reserves outscored Chicago’s bench 26-3 and held a 24-14 fourth-quarter advantage. After the game, Love was angry. “I am not a horse,” he told the Chicago Tribune. “I can’t go out every night and play 48 minutes.”

Love spent one more full season with the Bulls before ending his career in 1977. One would have expected him to settle into retirement as a local icon. Instead, he spent several years working menial jobs and almost going broke. Eventually, he found a speech therapist who unlocked his words, and they began to flow. In 1992, the Bulls hired him as Director of Community Affairs. He speaks to fans, to corporate sponsors and at schools. He appears at fundraisers, community events and games. For years, Bob Love couldn’t speak a sentence without feeling embarrassed. When he re-joined the Bulls, he was a confident, stirring speaker.

“He loves to be in front of people,” Rokita says. “He loves interacting with people and draws strength from fans.”

When Love hears about a young person struggling with stuttering, he makes sure to tell him or her about how he couldn’t even ask for the ball in huddles or get a good job after he retired. His message is the same: Persevere, and you will overcome.

“He’s happy to share his story,” Rokita says. “Kids going through similar circumstances identify with him. He shares his story, because he remembers what it was like.

“When you look at everything he has accomplished, it’s inspiring.”