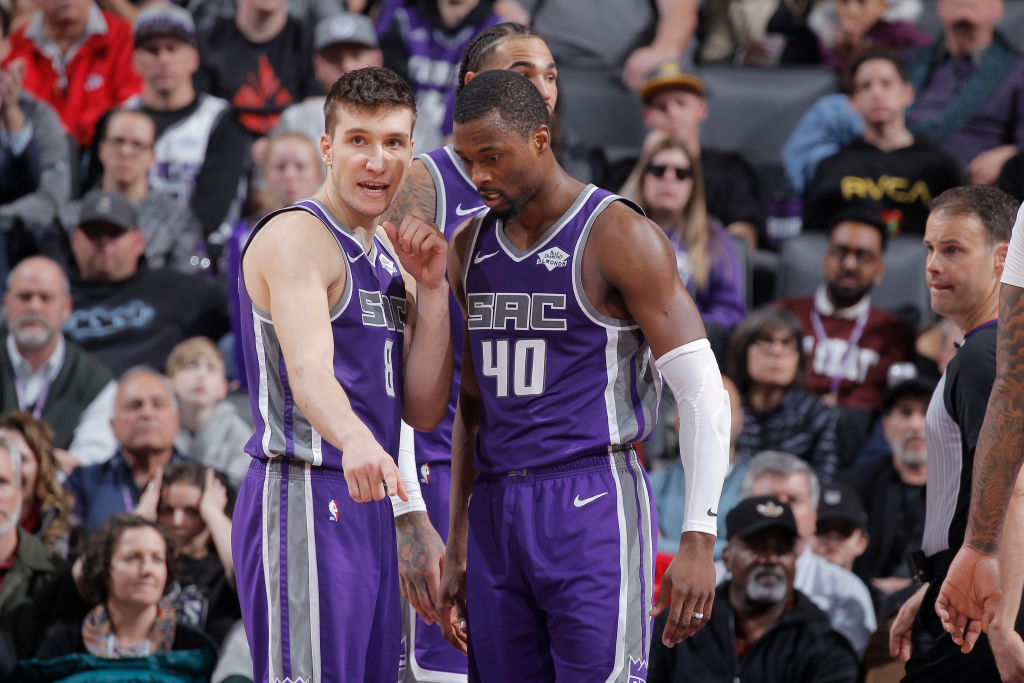 Giannis Antetokounmpo is a generational talent that has a somewhat uncertain future in the NBA. While he’s spent all seven years of his career with the Milwaukee Bucks to this point, including back-to-back MVP awards, he only has one season left under contract.

With this in mind, the Bucks will likely look to make moves this offseason to bolster their roster to get over the hump, after back-to-back disappointing early playoff exits. Not only would improving the roster be great for playoff success, but it will be key in convincing Antetokounmpo to re-sign a deal in Milwaukee. One team the Bucks could look to do business with is the Sacramento Kings.

According to Zach Lowe of ESPN, the Bucks ‘love’ Bogdan Bogdanovic of the Kings, who is set to be a restricted free agent and could be part of a sign-and-trade. Lowe also reported that the Bucks have looked into scenarios in which they also receive Harrison Barnes in a deal for Bogdanovic.

It’s also worth noting that if the Bucks were to acquire Bogdanovic through a sign-and-trade, they would be hard-capped going forward. You would think this would go into Milwaukee’s decision-making process as they look to make the perfect move in a pivotal offseason.

Barnes has plenty of playoff experience during his time with the Warriors and averaged 14.5 points per game last season with the Kings. Bogdanovic was one of the bright spots for Sacramento last season, averaging 15.1 points per contest. Both of these guys are excellent shooters that converted on over .370 of their attempts from beyond the arc.