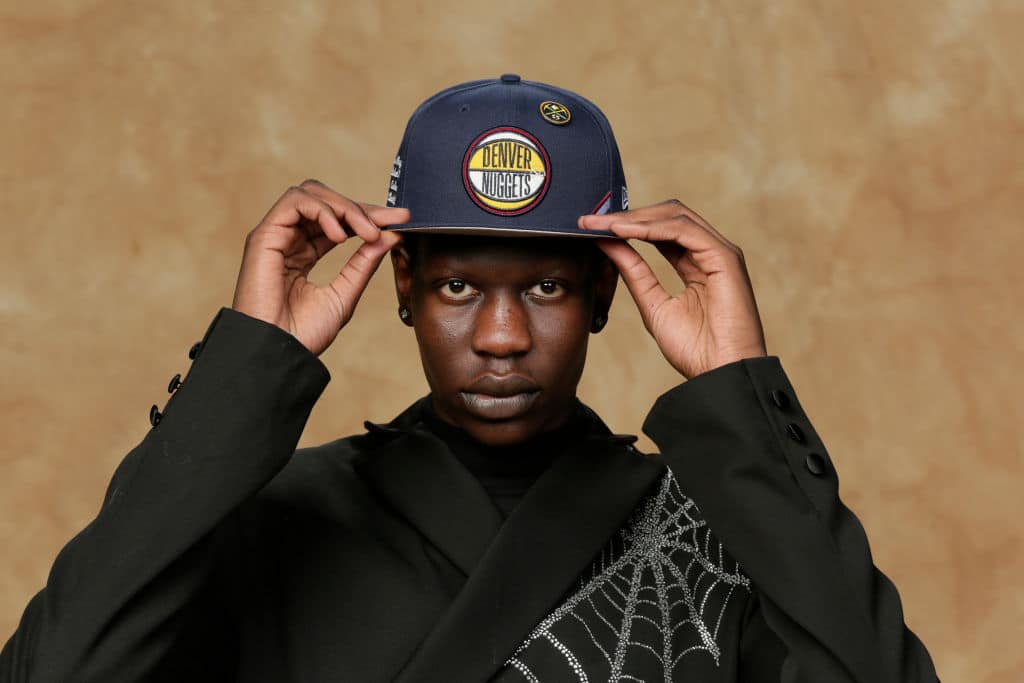 Bol Bol is determined to “prove everyone wrong” after his draft stock fell dramatically Thursday night, all the way to the 44th overall pick and ending up in Denver via trade by the Miami Heat.

The 19-year-old says his foot is “100 percent healed”: he was limited to nine games with Oregon last season due to a stress fracture in his left foot.

The Nuggets’ braintrust is confident they acquired a steal in the draft.

“My foot is 100 percent healed,” Bol said. “I just recently started to get back on the court about a month ago.”

He’s the son of the late Manute Bol, who played 10 seasons for the Washington Bullets, Golden State Warriors, Philadelphia 76ers and the Heat.

“We’re not concerned as to why he fell. We feel very fortunate that he fell,” Nuggets president of basketball operations Tim Connelly said. “We were fortunate to add another young piece, a guy that we thought pretty highly of.”

“He’s a very great player,” Bol said. “The Nuggets were a very great team last season. Very excited to be a part of the team.”