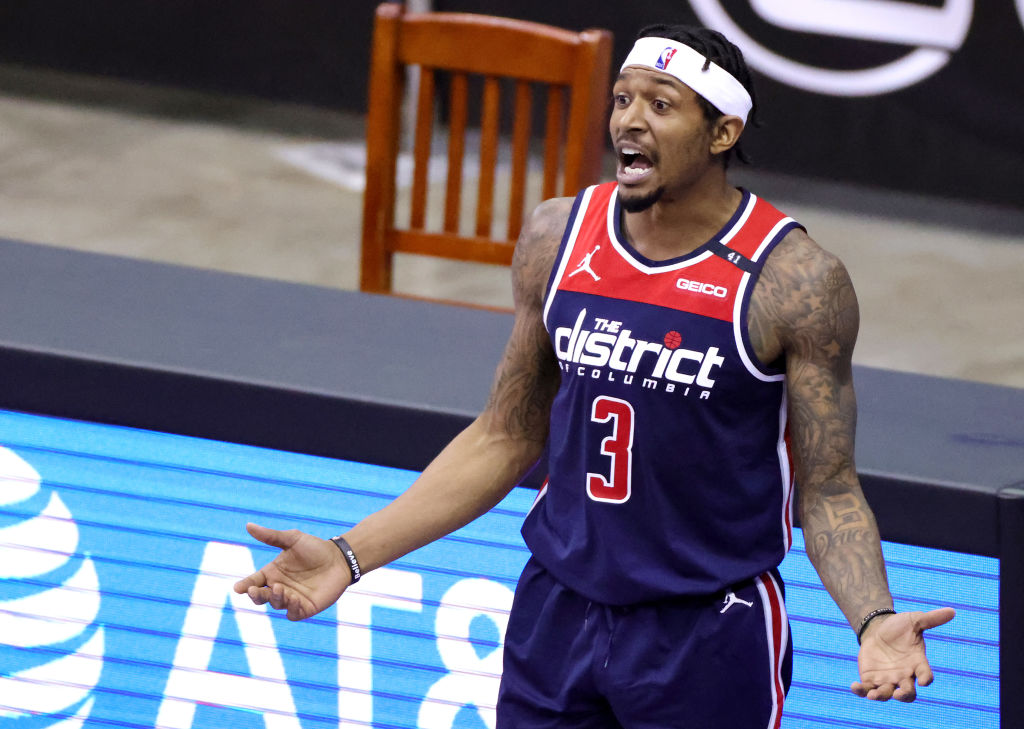 Asked point blank if he was frustrated in a post-game press conference, Beal responded rhetorically: is the sky blue?

Beal has averaged 35.4 points, 5.3 rebounds and 4.9 assists per game so far this season but the Wizards remain last in the entire league with a 3-11 record. Often, the frustration is visible on Beal’s face after each game.

“I just hate losing. I hate losing,” Beal said. “And I am going to continue to show pissed-off faces. I try to control them as much as I can, but I don’t like losing.“

After signing a two-year contract extension in 2019, Beal’s deal runs through the 2022-23 season. He can opt out of the final season worth $37M if he decides that he’d rather hit free agency in 2022.

Beal would have enough service time under his belt to sign a 35% max contract – the highest of the max contracts – whether he hits free agency in 2022 or 2023.

Of course it may not take free agency for Beal’s situation to change and trade speculation has often come up in any discussion about his future.