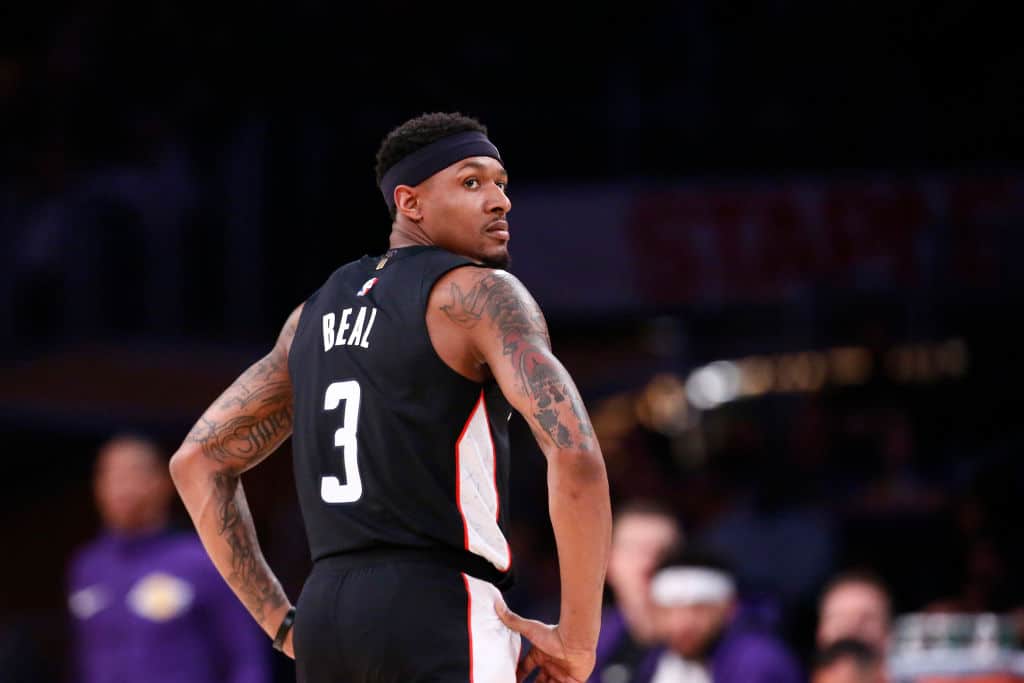 Beal, however, knows he needs to start winning in order to get his just due.

The 25-year-old All-Star adds that he has “no idea” if he’d ink a super max contract extension were the Washington Wizards to offer one this summer.

“I feel like behind James (Harden), I’m the best shooting guard in the league,” Beal told The Athletic. “My numbers may show it, (but) we’re not winning. I think that hurts (an All-NBA case) in a lot of ways. But in terms of individual success, I feel like I’m right there.”

Harden and Stephen Curry are locks for the two First Team spots. Damian Lillard is a certainty for the Second Team. Kyrie Irving and Russell Westbrook are likely members to follow. That leaves one more available place, which could come down to Klay Thompson, Kemba Walker, Ben Simmons or Beal.

“You know what’s crazy? (Making All-NBA) wasn’t really a goal until people started talking about it more,” Beal said. “I think once there was a little noise behind it, it kinda pushed me to just continue to be consistent, just continue to play at this level. It wasn’t me at the beginning of the year like, ‘Oh, I wanna make the (All-NBA).’ I never even thought about it, but once people started buzzing about it like, ‘Oh, you have a great chance of doing it,’ why not? So, I just continue to play hard and play aggressive.”

If Beal does make All-NBA, he will be eligible for a “super-max” extension this offseason, the same type of contract the Wizards signed John Wall to over the summer of 2017.

“I have no idea. … I try not to (think about it),” he said. “I’m not gonna be naïve to it. I know about it. But … I haven’t even gotten that far, because I need to figure out what we’re gonna do in this offseason, where we’re going, which direction we’re going.”