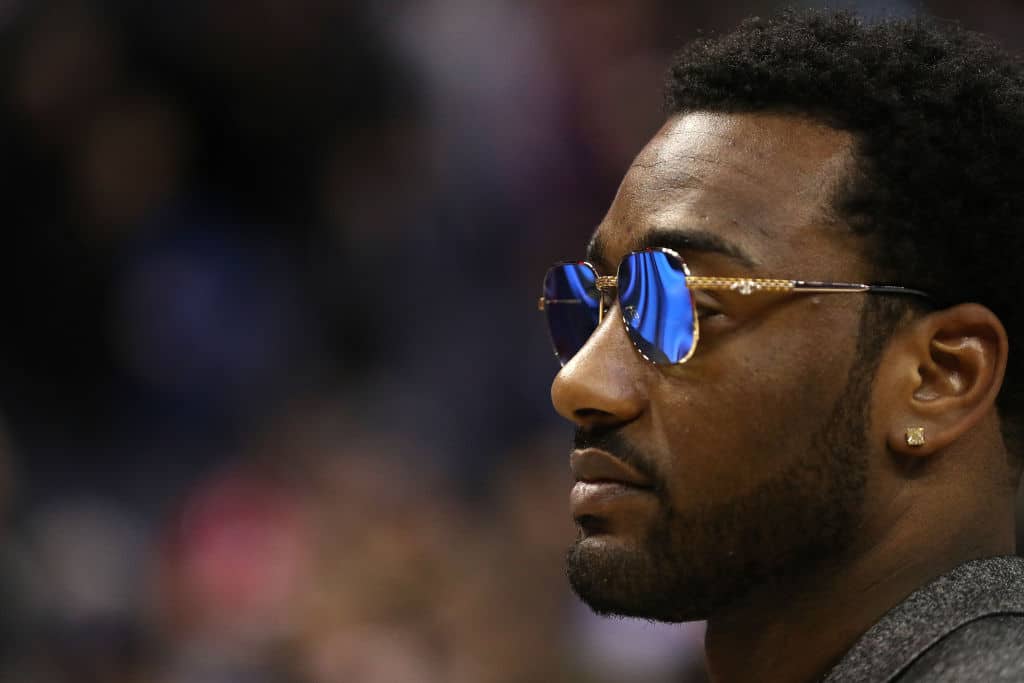 Seven weeks after undergoing a debridement in his left knee, John Wall went through a full practice Saturday, and fellow All-Star Bradley Beal says the Washington Wizards missed the energey his teammate provides.

Wall raised the pace and volume in the Wizards’ practice facility.

A dose of John Wall was injected into the #Wizards practice today https://t.co/AL56tIvNB1

Head coach Scott Brooks says Wall should be all the way back “in no time.”

“He’ll be back in no time,” Coach Scott Brooks said. “As a coach, I like to see him out there … He gives us that edge.”

On Saturday, the Wizards practiced longer than they normally would following a game. Bradley Beal described the session as “intense,” and Wall played no small role in ramping up the atmosphere. Always on level 10, Wall pushed teammates physically as well as verbally.

“I think it’s going to help in a numerous amount of ways because John’s pace is definitely missed by us,” Beal said, referring to Wall’s pending return and its impact on the team.

“His transition game. His ability to be able to get into the paint and draw in the defense and be able to kick out for threes,” Beal continued. “Those are things that we highly miss. Just his intensity and passion. It’s definitely going to be exciting to have him back, I would say as long as he’s confident in himself and 100 percent and healthy — welcome back.”