Brandon Jennings Ejected for Pointing Finger ‘Like a Gun’ 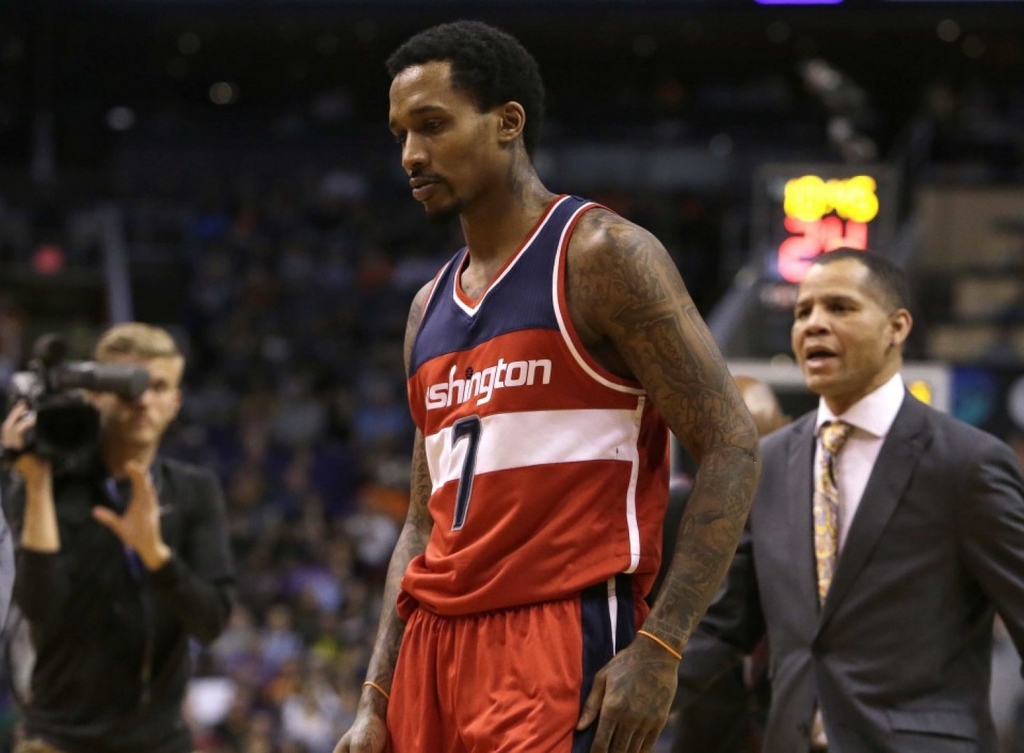 Brandon Jennings was booted out of Tuesday night’s Wizards-Suns game after logging just 4:42 of playing time—the refs told the backup guard that he had pointed his finger “like a gun” at Jared Dudley.

Not a bad pick from Jason Smith, but Jared Dudley's belly-bump head-butt & for some reason Brandon Jennings' finger-guns. pic.twitter.com/BCjUWynPEN

Jennings was backing up teammate Jason Smith after he was head-butted by Dudley (who was also ejected.)

Once the dust settled, Washington held off Phoenix 131-127.

“They said I pointed my finger like a gun at Dudley,” Jennings said with an incredulous expression as he revealed what officials told him before the ejection.

“I was telling Dudley to relax, like, calm down, because you’re not that type of guy,” Jennings said. “Jason Smith didn’t do anything wrong anyway. All he did was set a good pick, so for you to come at a guy like Jason Smith, who’s not even a bad guy or don’t do things like that – so what are you doing? I was just protecting my teammate.”

“I’m sure I’ll hear from (the NBA) tomorrow,” Jennings said. “I’m just more upset because I feel like I was really getting into my rhythm tonight and I get kicked out for standing up for a teammate. Like, what the heck?”