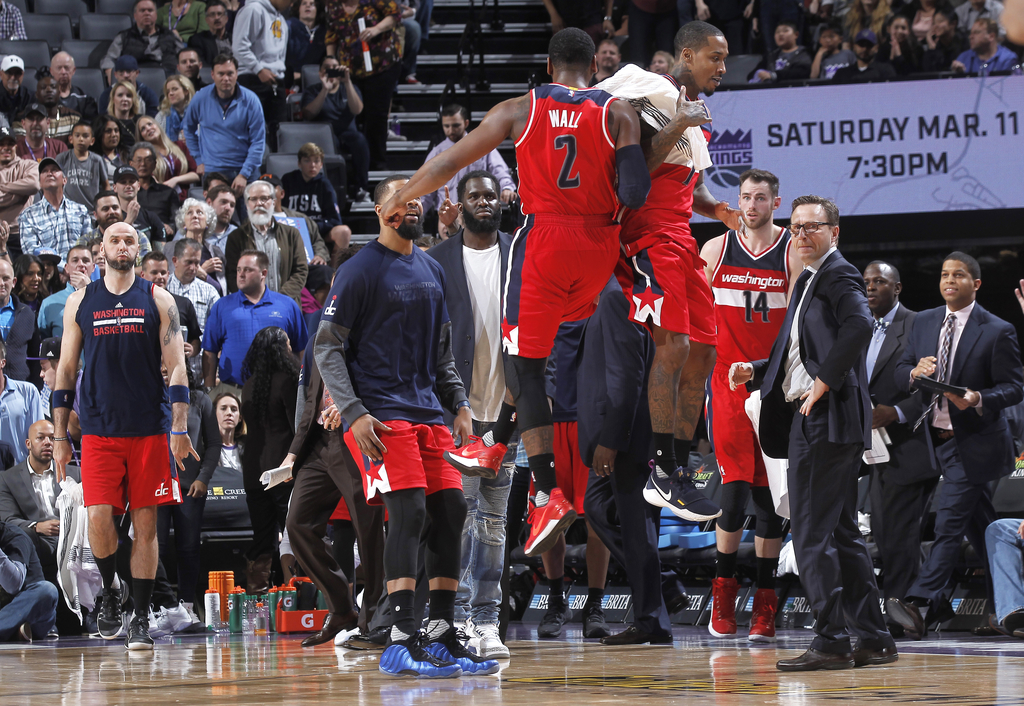 Wizards guards Brandon Jennings and John Wall kept their cool during what could have turned into an ugly scene Tuesday night in Hollywood.

Some guy started loudly cussing out Jennings, before turning his wrath on Wall.

Oddly enough, the man was seen dapping up Bradley Beal once everyone had cooled down.

The scene was crazy … the Washington Wizards stars were outside of 1 Oak late Tuesday night (hours after beating the Lakers) when they were confronted by a man who was seriously pissed off.

The man called Jennings a “mark ass ho” and bragged about being from Compton — he clearly wanted to fight. The same man confronted John Wall a short time later.

But the NBA stars kept their cool … and left the scene without incident.