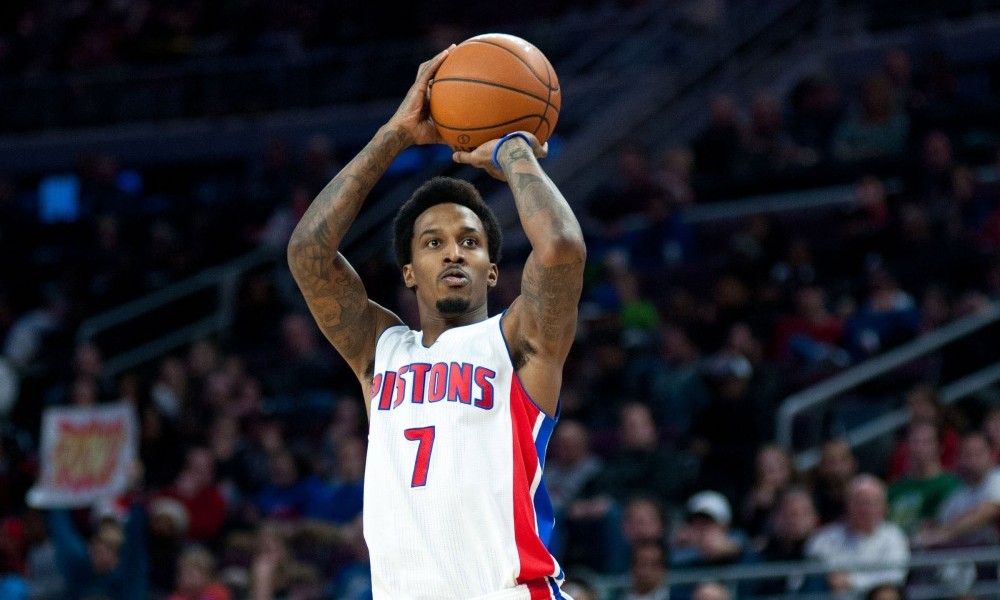 "I just want to hoop," – Brandon Jennings on his voluntary assignment to @grdleague for an injury rehab stint 👊 pic.twitter.com/pykaTgLyP2

Jennings says he simply wants an opportunity to play.

The 26-year-old lost his starting spot to Reggie Jackson last season, and has expressed a willingness to come off the bench upon his return to action.

“I don’t think there’s a lot of guys with Brandon’s status in the league, even coming off an injury, who would do that,” said Stan Van Gundy, who’ll board a bus with Pistons staffers and Jennings well-wishers to Grand Rapids for the game. “But Brandon just loves to play basketball. I asked him, ‘Do you want this publicized or kept quiet.’ He said, ‘I don’t care. I just want to hoop.’ That’s Brandon. He truly loves to play basketball.

“Number two, I think it shows how important the commitment Tom was able to make to have a D-League team and putting money into it. We’ve already gotten a value of last year sending Spencer and Quincy Miller there and this year sending Spencer and Darrun down. Now you’ve got a guy who can be a big part of what you do and you’ve got somewhere close by where you can send him and he can play. Those kinds of things seem minor when we’re talking about ownership commitment, but that’s a big one. We can send Brandon there to get significant minutes. […] That’s a tremendous advantage and it’s great Tom made that commitment and it’s great that Brandon is willing to do what he’s doing.”

“Not a lot of guys (would),” Van Gundy said. “But from our standpoint, how well Brandon plays is absolutely meaningless from my standpoint. I don’t have an expectation one way or another. It’s a matter of him getting minutes and getting up and down the court. I’m not judging him at all. I just want him to get minutes and I think that’s more important – how much he’s able to run up and down.”