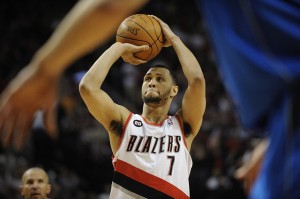 Brandon Roy’s return to the NBA is just about complete, as the soon-to-be 28-year old shooting guard verbally agreed to a 2-year, $10.4 million contract.

Roy will be taking his talents to Minnesota next season, and his new Timberwolves teammates are understandably excited.

Brandon Roy’s agent tells the Oregonian that it will be weird for his client to play for a team other than the Portland Traiblazers, the organization he broke into the League with:

One of the most popular and decorated players in Blazers history, Roy was ineligible to return to the Blazers because in December the team used its amnesty clause to relieve the remaining $68 million of Roy’s salary from its books. Although Roy gets all of his money from the Blazers, he is unable to sign with them until his old contract runs its course, which would be after the 2014-2015 season. Minnesota, which is in the Northwest Division with Portland, will play the Blazers four times next season, including two at the Rose Garden, where Roy became a legend for his late-game heroics and prolific scoring.

“We talked about that, that there will be a lot of games in the Rose Garden,” Greg Lawrence, Roy’s agent, said. “And he said, ‘That’s going to be weird.’ So I’m sure that will be a big night the first time it happens.” Roy turns 28 later this month, but many thought he would never play again after his first five seasons produced three All-Star appearances and a Rookie of the Year award. Since high school, he had six surgeries on his knees, the knife eventually taking away all of the cartilage, leaving his knees with a bone-on-bone condition. He had one knee surgery as a prep in Seattle, one as a junior at the University of Washington and four with the Blazers, including double knee surgery in January 2010.

By all accounts, Brandon Roy and his knees are feeling great these days, but as we all know, the real test won’t happen until he begins taking a physical pounding on a nightly basis during NBA games.

There’s no telling how Brandon Roy will do in Minnesota — basketball and health-wise — but Timberwolves fans, players, coaches and management must be thrilled that they’ll have a front-row seat to find out. 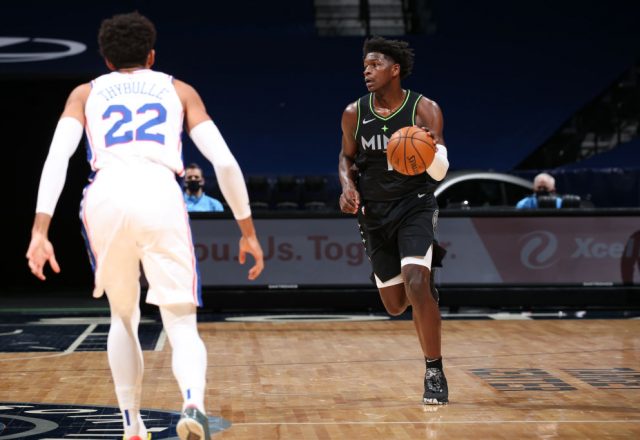