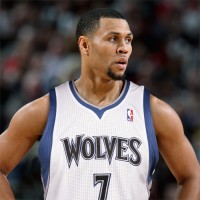 The veteran guard will reportedly go under the knife to repair his right knee. It’s the fifth arthroscopic surgery for Roy since he entered the NBA (and seventh since high school.)

On Thursday in Minneapolis, Roy was still hopeful he would be able to play Friday in Portland, where he spent his first five seasons. But he said no matter what happens the rest of this season, he has no regrets. “I wouldn’t be disappointed either way,’’ Roy said. “If it ends in three weeks, it ends. It’s over. I’m totally satisfied with what I’ve done. I know the sacrifice and the effort that I put into coming back. It took a lot of discipline to get to where I am, That’s all I care about: how hard I’ve worked.’’

Roy had planned to spend Thanksgiving at his Portland home with his wife, two kids and several family members, who would make the three hour drive from his hometown of Seattle. He said he was looking forward to playing his first game at the Rose Garden since his memorable Game 4 performance in the 2010 NBA playoffs, when he scored 18 of his 24 points in the fourth quarter against Dallas. “It’s going to be special. It’s going to be weird,” Roy said on Thursday, before he knew he would have surgery. “I use to walk to that locker room in the Rose Garden… and you know, I felt like I owned the place. Now, I come back as a visitor, so it’s weird. It’s like you buy a house, sell it, and then go back to the house, but it’s somebody else’s. Now it’s LaMarcus’, the new rookie … it’s their house now. But again, that’s kind of the excitement in it. There’s new blood there and at the same time, I had my moment.”

Brandon Roy hasn’t played since November 9, when he aggravated a knee injury that originally occurred during the preseason.