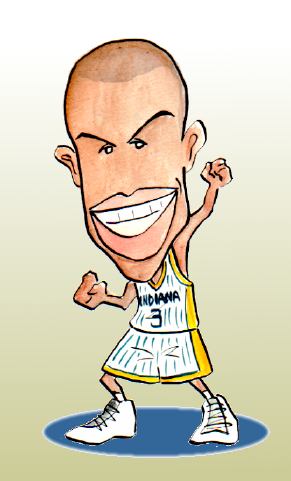 When I’m not sitting here deleting German poker spam from the comments sections of our site, I occasionally do some work, and sometimes (not often, granted) I even get some stuff right.
Which is why I direct you to the Al Harrington post from Friday, where I wrote that the Hawks and Pacers were close to finishing a deal that would send Harrington and a six year, $60 million contract to Indiana in exchange for basically nothing — I heard it’ll be a first round pick and $3 million.

Fast forward to today: ESPN, the Worldwide Leader in Sports, reports that…drumroll…Al Harrington is close to being a member of the Pacers! Great.
In the interest of fairness, did I get anything wrong? Looks like it.

I was told the holdup in finishing this thing was Atlanta, but then the Pacers went wild this weekend, offloading salary by dumping Anthony Johnson and taking back the money they’d offered Fred Jones (effectively ending all my “Indiana Jones” puns). This makes it appear that it was Indiana holding things up, as they clear cash for Harrington.

When will something officially happen? No idea, but I’ll keep an ear out.