Brett Brown: Brandon Ingram ‘Reminds You of a Young Durant’ 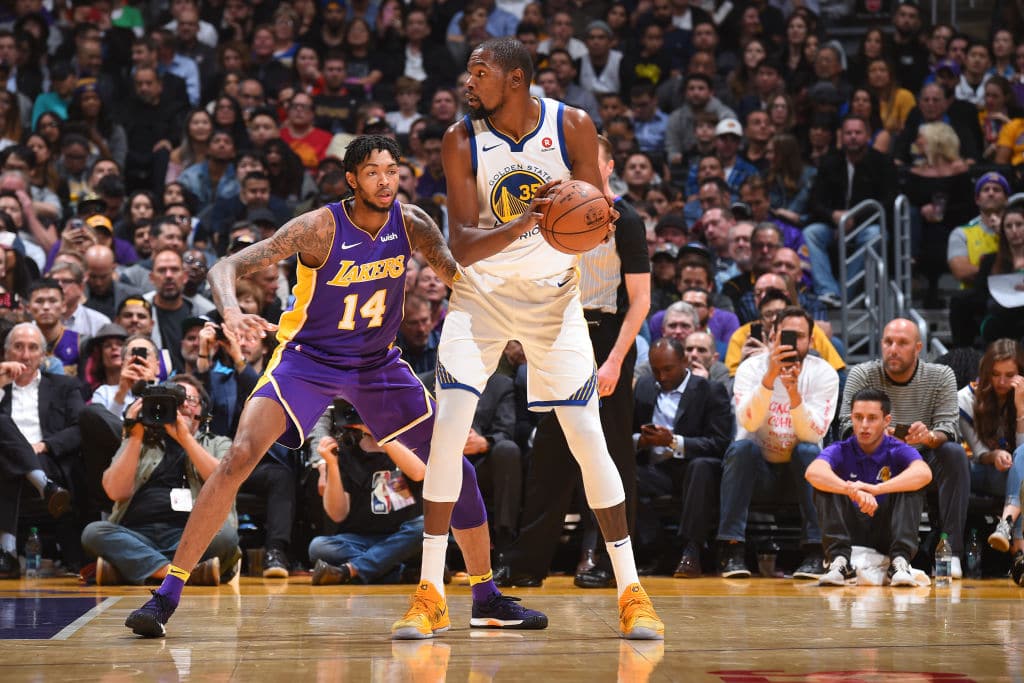 #Sixers Brown on Brandon Ingram: ‘He has a game that reminds you of a young Durant. He made that big shot. Good for him. He had a heck of a game.’

Ingram finished with 21 points, and drilled a clutch three-pointer with 0.8 seconds remaining to give the Los Angeles Lakers a thrilling 107-104 victory.

Joel Embiid pumped in 33 points and Ben Simmons registered a triple-double with 12 points, 13 rebounds and 15 assists for Philadelphia.

“I think [Lonzo Ball] made a great pass,” Ingram said. “I had the confidence to shoot it.”

The game matched the top two picks of the 2016 draft, with No. 1 selection Simmons facing off with No. 2 pick Ingram.

“It is (fun),” Ingram said of playing against Simmons. “He’s a really good player. He gets his team involved. He’s a leader of his basketball team.”