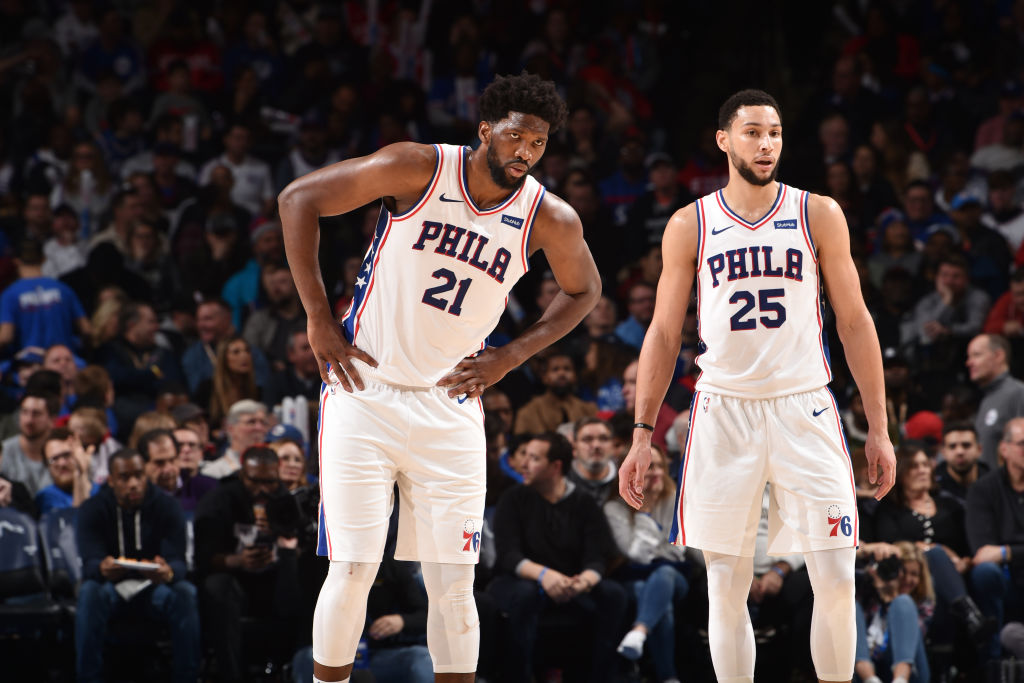 “The myth is that they can’t,” says Brown, adding that he’s convinced the two can co-exist in Philadelphia despite growing doubts from critics.

The 37-24 Sixers were penciled in as title contenders coming into the season, but have so far underwhelmed.

“I personally am convinced those two are going to win a championship at some point in their career and that they, for sure, can coexist,” Brown said following practice Monday at UCLA. “The myth is that they can’t. I think that is so abused and not articulated the way I see it.”

Brown insisted that the plodding 7-foot, 280-pound Embiid can play as fast a pace as the 6-foot-10, 240-pound Simmons. Brown contended that Simmons can adjust his dynamic play-making to make Embiid more comfortable.

Brown stressed patience with the 23-year-old Simmons and 25-year-old Embiid (who turns 26 on March 16).

“Do your homework and look at pairings that have won and when they win. You aren’t going to see many that are 23 and 26,” Brown said. “Sometimes it takes a little bit of time.”

Related Jimmy Butler: ‘I Didn’t Have a Problem’ With Joel Embiid or Ben Simmons