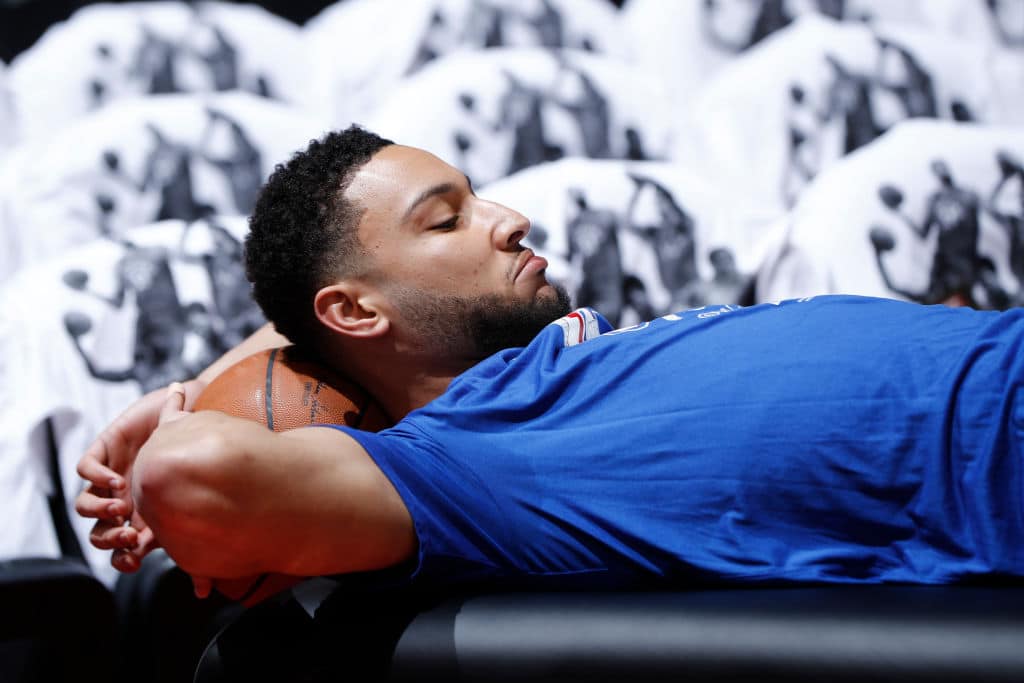 The Philadelphia Sixers want Ben Simmons shooting three-pointers this upcoming season, but not necessarily to “hunt” the long-ball.

Head coach Brett Brown says he will “encourage” Simmons to launch from beyond the arc.

Brown adds that the 23-year-old took a “prideful” approach to working on his jumper this summer.

“The time that he has invested over the course of this summer is the best by a longshot that he ever has,” Brown said. “His awareness of this thing in the marketplace, he’s prideful, he gets it. His confidence that I saw when he came back to Philadelphia and played in our gym over the last few weeks just stood out, it shone as if he had invested time and he was looking forward to showing us.”

Offseason workout jumpers and in-game jumpers are different, however, and none of that means anything if the Sixers don’t do their best to bridge Simmons’ summer confidence into on-court results.

“Once somebody has to be guarded, the rules change. The holy grail in our sport is to avoid rotations,” Brown said. “If Ben Simmons is coming off a pick-and-roll and he actually has to be hedged out on and rollers can get behind, or they’re not back just showing a crowd all the time on Joel [Embiid]…he has the ability to chew up space both on and off the ball in a way that can be harmful [to opponents]. He’s coming out of a cannon.”

The coach believes the Sixers are a championship-caliber team, and one of his major goals to help them get there is to capture the East’s No. 1 seed. They won’t be able to do that if Simmons lays bricks from the outside for four quarters.

“With Ben, we’re not going to hunt threes. When they are available, I want him to shoot them. The reckless use of threes doesn’t tie into my initial statement of our team being huge,” Brown said. “I do think we can play a style of play that is just smashmouth defense and bully ball offense, I think this team has the ability to do that. And so it leans more toward that than, let’s come down and crank out threes.”

Related Ben Simmons: ‘This Summer I Fell in Love With the Game Again’