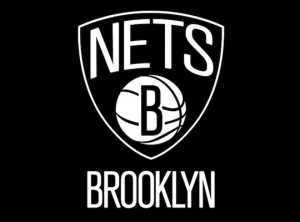 Just about everything regarding the Nets is new: the city where they will play starting this season, their extravagantly lavish home, the cheerleaders’ uniforms, and so on.

But above all, the newest thing about Brooklyn’s hoops team is a sense of hope. Which, naturally, can lead those closest to the organization to make outlandish claims.

Billy King, the Nets’ general manager, told the media that with just a bit of luck, it’s possible for his team to win the 2013 NBA championship. Impressively, King managed to do this while maintaining a straight face.

“But as I’ve always said: Can we win a championship? Yeah. But it takes luck, in an NBA season, to do that. You’ve got to be healthy, for the most part, you’ve got to get some breaks – the ball’s got to bounce your way some times.”

This appears to have become standard operating procedure within the Brooklyn Nets’ front-office. Owner Mikhail Prokhorov famously declared that the team would win a title within five years when he took over, and continues to maintain that stance.

While everyone may rightfully doubt the Brooklyn Nets’ ability to win the ultimate prize, there’s no denying that it will be endlessly fascinating to watch them try.